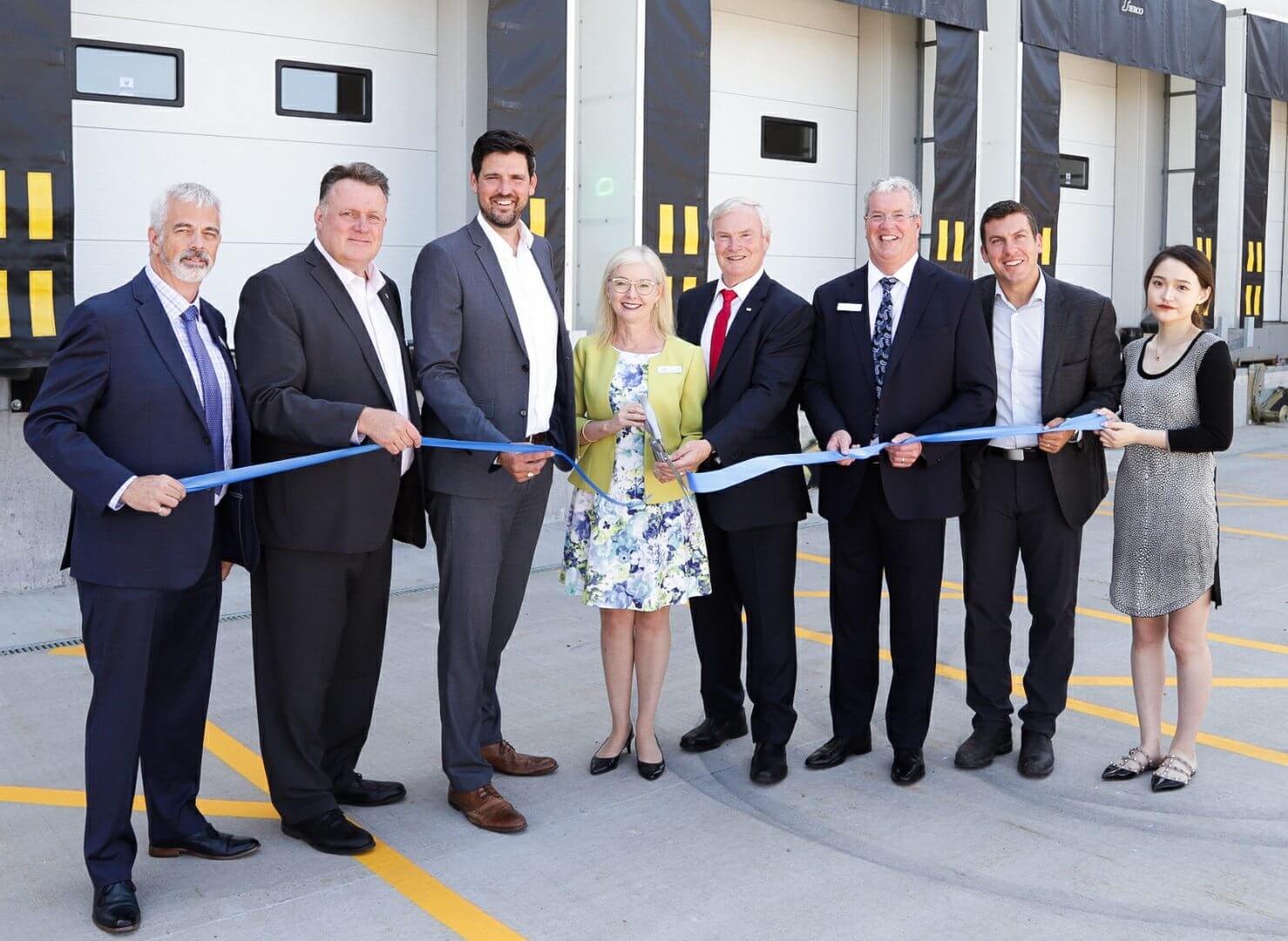 The ACLP includes a new building with cold storage space, cargo processing facilities and offices, which has been fully leased to two tenants: Cargojet and First Catch Fisheries. Five new cargo aircraft aprons, or parking spaces, were also constructed alongside the building.

“Our investment in the Air Cargo Logistics Park will have a tremendous economic impact on our Province’s economy” The Honourable Sean Fraser, Minister of Immigration, Refugees and Citizenship Canada and Member of Parliament for Central Nova.

“This project put people to work in our communities during the construction phase, and will support thousands of jobs every year going forward as more Nova Scotia businesses gain access to international markets.

“The new Air Cargo Logistics Park is an important addition to the Halifax Stanfield International Airport that will help to make both the Airport and Nova Scotia more competitive” The Honourable Tim Houston, Premier of Nova Scotia.

“It will enhance trade and expand our capacity to foster exports. The Government of Nova Scotia is proud to have contributed our financial support to this project.”

“We are so proud of our airport. Halifax Stanfield is a huge economic generator for the entire region, and the new Air Cargo Logistics Park opens the door for businesses to compete in the global economy from here” Mike Savage, Mayor of Halifax Regional Municipality.

“It will create new opportunities that will benefit our city, province, and region.”

In 2021, 34,769 metric tonnes of cargo, valued at $496 million, were processed at Halifax Stanfield. According to the latest Halifax Stanfield economic impact report, in 2020 cargo exports contributed $664 million to the provincial economy.

“Today’s milestone would not have been possible without the ongoing support of our government and business partners who helped make our vision for the Halifax Stanfield Air Cargo Logistics Park become a reality, even while navigating a global pandemic” Joyce Carter, President & Chief Executive Officer, Halifax International Airport Authority.

“We look forward to continuing to accelerate the growth of our communities by connecting Atlantic businesses and goods to the world”.

“Our business has exported more than 10 million pounds of live Canadian lobster annually for the past three years and our new facility technology and set-up will ensure lower mortality rates, increasing the capacity for even more lobster to safely get to global markets each year.

“We look forward to continuing to partner with HIAA in growing the cargo business within the new air cargo logistics park.”