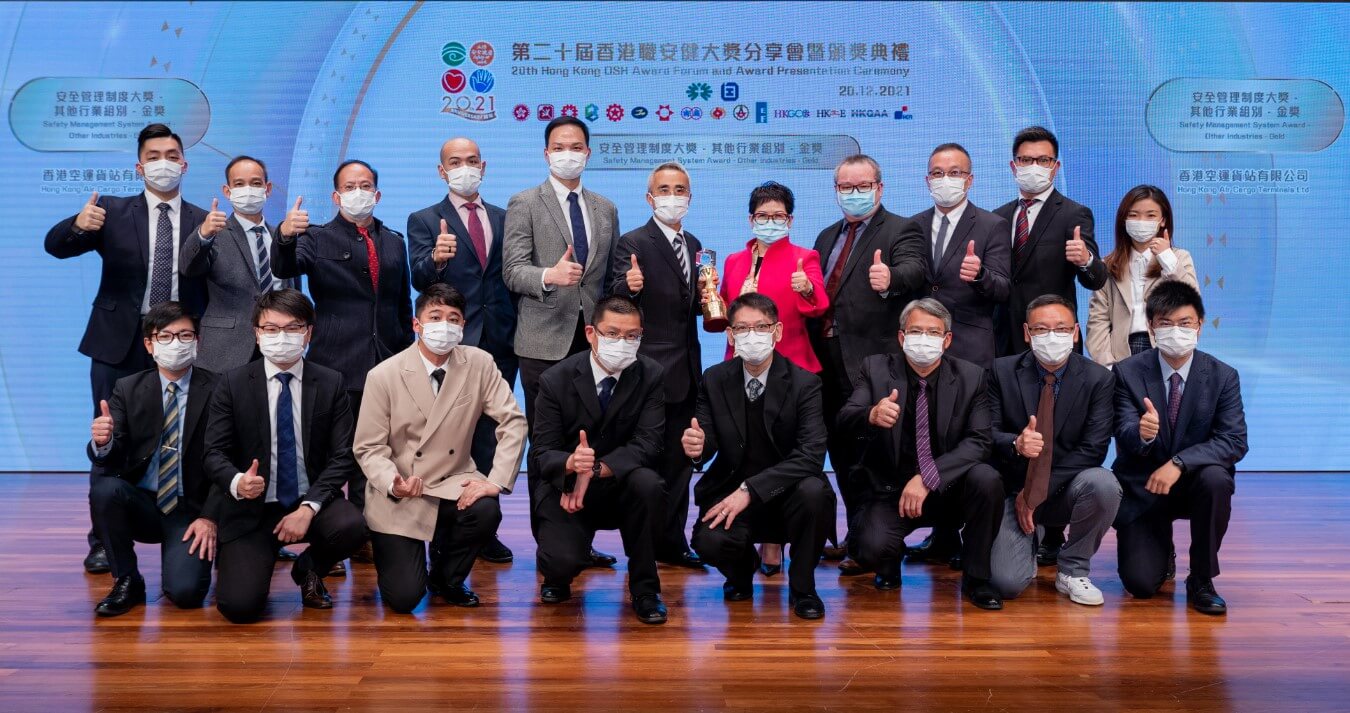 Hactl achieved the top honours (Gold) in both the Safety Management System Award (Other Industries) and OSH Promotion Award categories.

The former – regarded as the definitive accolade for corporate safety measures – recognised Hactl’s exceptional health and safety culture, which has achieved a 70% reduction in workplace accidents since 2014.

The Gold Award for OSH Promotion was meanwhile presented to Hactl’s Head of Safety, Sustainability and Quality Assurance, Benny Siu.

Says Amy Lam: “We are delighted that Hactl’s strong OSH focus has been publicly recognised with no less than four successes in the Hong Kong Occupational Safety and Health Award. For us, the most gratifying is the Safety Management System Award, which demonstrates that our OSH measures exceed the standards set out in legislation, and that we have made OSH part of the DNA of every Hactl staff member.

“As a caring employer, we will continue investing in staff wellbeing since nothing is more important. Our aim is to create a culture of constant safety vigilance in which staff take care of themselves and those around them.”