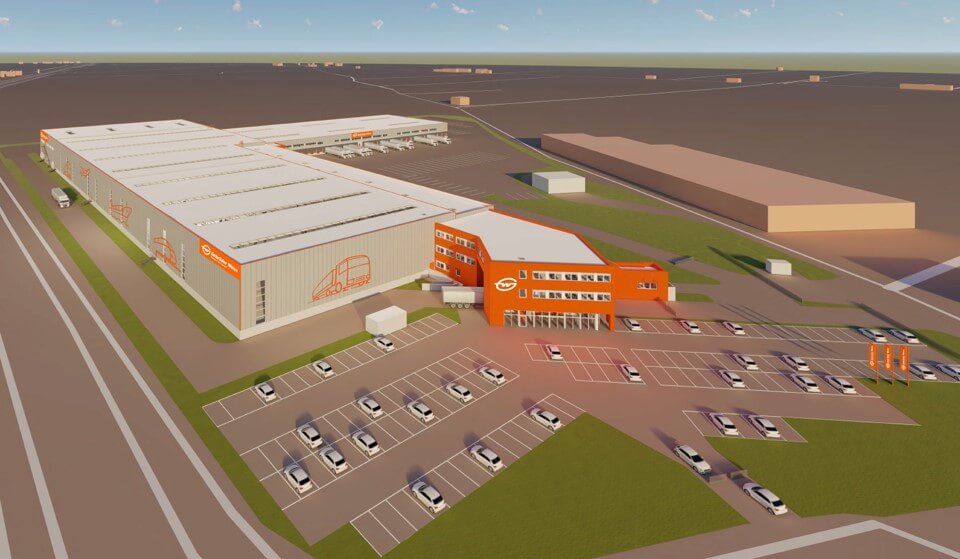 Gebrüder Weiss is expanding in Styria: On July 22, the official ground-breaking ceremony for a new location with a total area of 70,000 square meters was held in Kalsdorf near Graz. The logistics terminal, planned for 26 million euros, will replace the current location. The previous facility in Alte Poststraße had recently reached its capacity limits. Construction work on the new terminal already started in April. The originally planned ground-breaking ceremony had been postponed due to the corona crisis. The opening of the new branch is planned for next spring.

“After completion, we will have a state-of-the-art logistics location for our customers and our 180 employees. With this facility, we will also be able to bundle orders that were previously distributed over several operating locations in the region,” says Gerhard Haas, Branch Manager Gebrüder Weiss Graz. “The new facility enables more efficient processes and a further development for the Styrian market – also in consideration of home delivery. Despite the Corona crisis, we have decided to take this important development step for Graz”.

In 2019, the Gebrüder Weiss location in Graz handled around 670,000 shipments. For one of the growth drivers, the home delivery business, a dozen vehicles are in operation daily, distributing up to 300 consignments to end customers. In addition to stationary trade and e-commerce, customers of the branch office come from the automotive sector as well as from the metal, wood processing and machine industry. “After nine months of construction, we have a 16,500 square meter logistics hall, 6,500 square meters for handling and 4,000 square meters of office space at our disposal,” says Gerhard Haas, measuring the dimensions of the new building. “Conveniently located near the A9 motorway and the Graz-West junction, we will then be able to reach shippers and their customers even faster”.

Brussels Airport: positive cargo growth for the third month in a row

DACHSER expands weekly charter to the US