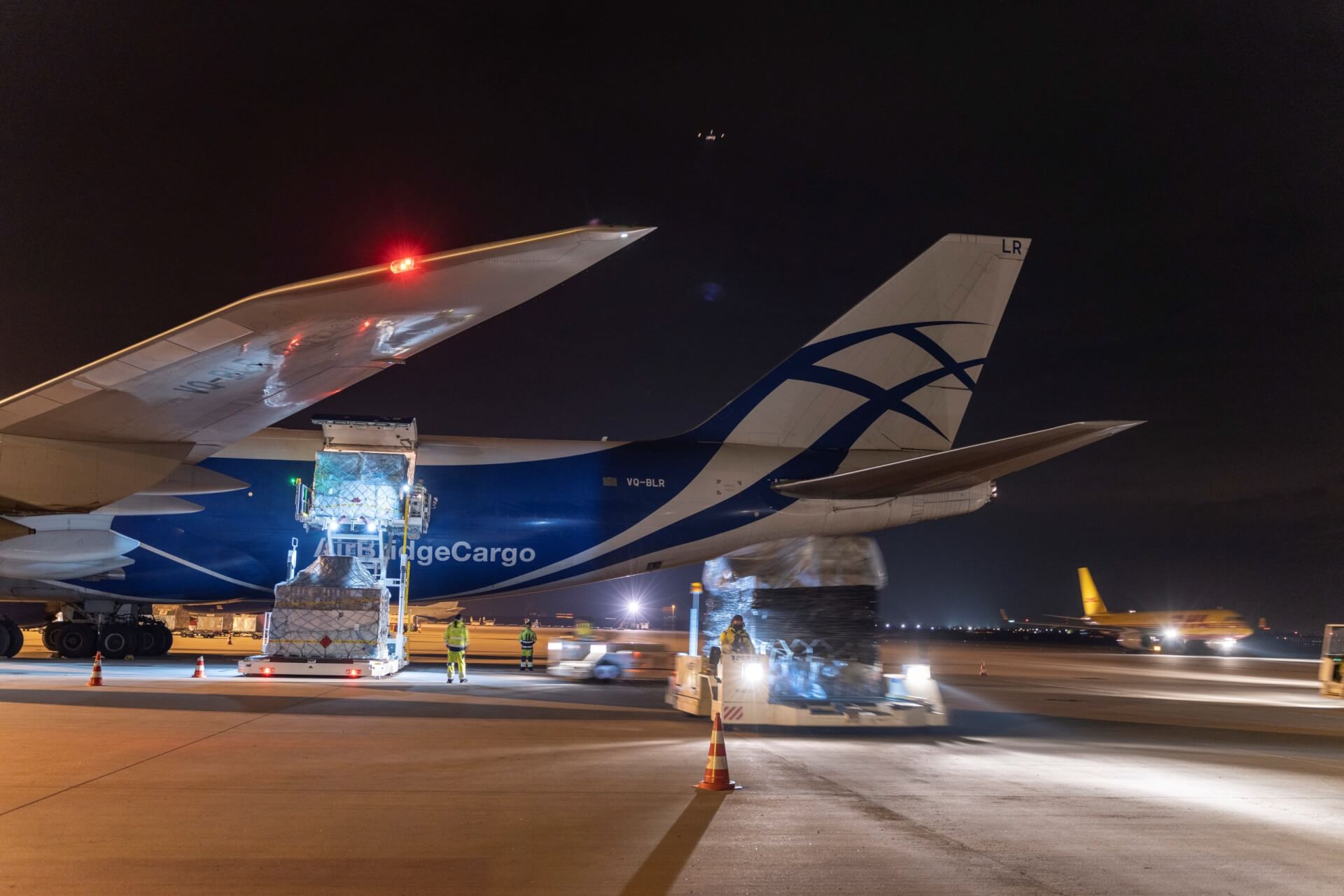 Leipzig/Halle Airport, Europe’s fifth-largest air freight hub, is holding its ground in the coronavirus crisis and registered a strong level of demand in its cargo business during the first quarter of 2020 too. Despite the drastic effects on international air traffic caused by the pandemic, the airport almost maintained the same level of freight volumes as in 2019. It handled 297,315 tonnes during the first three months of this year, a decline of just 1.5 percent compared to the figures for the same period in the previous year. This means that Leipzig/Halle Airport was able to buck the national trend: cargo tonnage at German airports fell by 8.1 percent on average between January and March.

In focus: freight handling in March

Freight volumes in March totalled 107,583 tonnes (2.6 percent lower than in the comparative month in 2019). Leipzig/Halle Airport had set a new record in its corporate history with a figure of 110,419 tonnes in March 2019. The slight decline was mainly due to a reduction in cargo flights to and from Asia as a result of the corona pandemic, but this figure has already started to recover since the middle of March.

The number of aircraft movements in conjunction with the freight traffic was 4,360 take-offs and landings, which was even 3.8 percent higher than the figure in the previous year. There were between 934 and 1066 take-offs and landings for freight traffic each week. This growth was particularly sustained by DHL’s express freight business. However, even the freight and special charter business continued to develop at an above-average rate: the number of freight charter flights during March increased by 5.5 percent – and this figure has grown by 8.7 percent since the beginning of the year.

With as many as 190 take-offs and landings per day, Leipzig/Halle Airport has once again been one of the busiest airports in Europe during April, according to Eurocontrol. This underlines its position as Germany’s second-largest cargo airport and the fifth-largest air freight hub on the European continent. Leipzig/Halle has played a key role in maintaining flows of goods and supply chains, particularly during the last few months, and is guaranteeing that supplies reach the public and industry during the coronavirus pandemic. There has been particular demand for handling express freight, medical protective equipment and temperature-sensitive pharmaceutical products – and there is no sign of this diminishing.