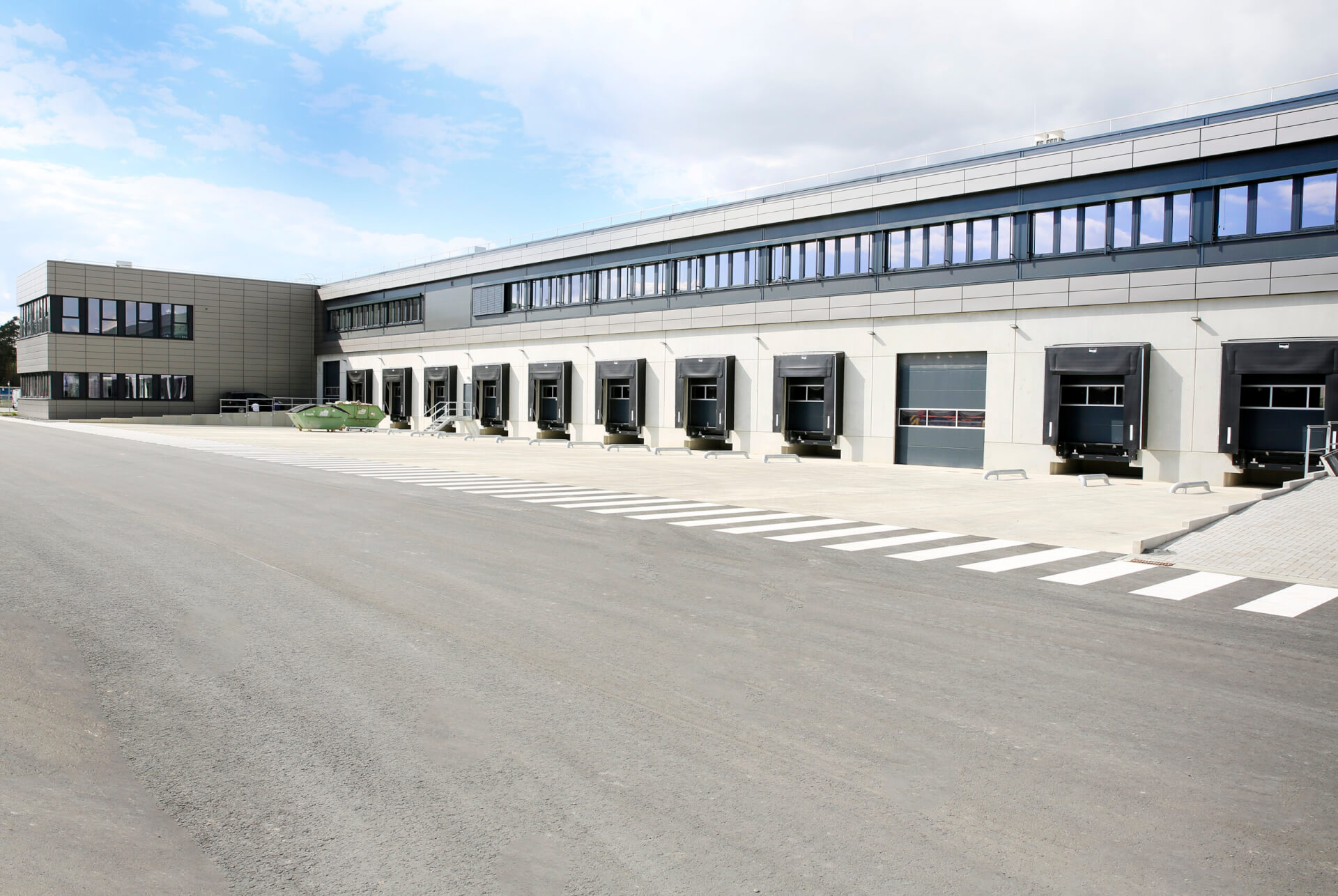 After a construction phase of just under one year, today (September 16) Fraport handed over the keys for a new cargo handling warehouse to Swissport Cargo Services Deutschland GmbH as the facility’s future operating company. The real estate development team at Fraport AG was responsible for planning and implementing the air cargo warehouse in line with requirements. The new building – located in CargoCity South at Frankfurt Airport (FRA) – has 17,000 square meters of floor space, including special, temperature-controlled zones for handling sensitive pharmaceutical products.

There are also 2,400 square meters of office and communal space. Swissport is aiming to start operations at the facility in November. At the same time, FRA’s first large-scale photovoltaic system installed on the roof of the cargo property will be connected to the grid. The system will generate around 1.5 million kilowatt hours of climate-neutral electricity a year – an amount that would power more than 450 four-person households for an entire year.

“The property meets the stringent requirements of a cutting-edge air cargo handling facility,” said Felix Kreutel, Head of Real Estate and Energy at Fraport AG, during the hand-over ceremony. “The warehouse connects the airside and landside areas of the airport through separate freight yards. Moreover, its groundbreaking material-handling system represents an important step in the continued automation of our freight processes. Equipped in accordance with the strict criteria of the International Air Transport Association (IATA), the new cargo center is also expected to be CEIV Pharma-certified after going into operation. The successful completion of this highly complex project is another powerful testament to the exceptionally broad portfolio and proven expertise of Fraport’s real estate development team.”

Willy Ruf, SVP Central & Eastern Europe at Swissport International AG, said: “We are delighted that, from November, we will be in a position to handle the cargo of our customers in Frankfurt in one of Europe’s most state-of-the-art air cargo centers. Our new cargo warehouse has 50 percent more handling capacity and is therefore a commitment to growth at Frankfurt Airport. With the integrated Swissport Pharma Center, which has several cooling zones, we are well-equipped to satisfy the stringent requirements for the temperature-controlled transportation of medicines and vaccines.”

A flagship project towards climate neutrality

The new cargo facility also features Frankfurt Airport’s first-ever large-scale photovoltaic system. Initially, the panels generating climate-neutral electricity will feed a yearly output of around 1.5 million kilowatt hours into the supply grid of CargoCity South. The self-generated electricity will be supplied to various airport properties. Later on, it will also be used to power the air-conditioning system of FRA’s future Terminal 3 and to operate other building services such as lighting, elevators, escalators and similar installations.

Vital boost for FRA as a logistics location

With some 2.1 million metric tons of freight handled in 2019, Frankfurt Airport is one of Europe’s leading airfreight hubs. Swissport’s ultra-modern facility at FRA will cement this status, providing over 200,000 metric tons of new capacity a year. Frankfurt Airport is also a European leader in handling pharmaceutical products. When the Swissport warehouse goes into operation, the current temperature-controlled handling space of about 12,000 square meters will be expanded by around 2,000 square meters. “Frankfurt Airport is renowned around the world as a model of how to develop a successful logistics hub. The new warehouse is yet another milestone in this process and will strengthen Frankfurt Airport’s position as a logistics location in the long term,” said Max Philipp Conrady, Head of Cargo Infrastructure and Development at Fraport AG. “As we hand over the facility to Swissport, we are writing another chapter in this continuing success story. And we are providing an excellent starting point from which to further grow FRA’s airfreight business. During these difficult times of the pandemic – with its huge impact on global aviation – it has become clearly evident that Frankfurt Airport is of vital strategic relevance as a logistics hub.”

Facts and figures on the new air cargo warehouse