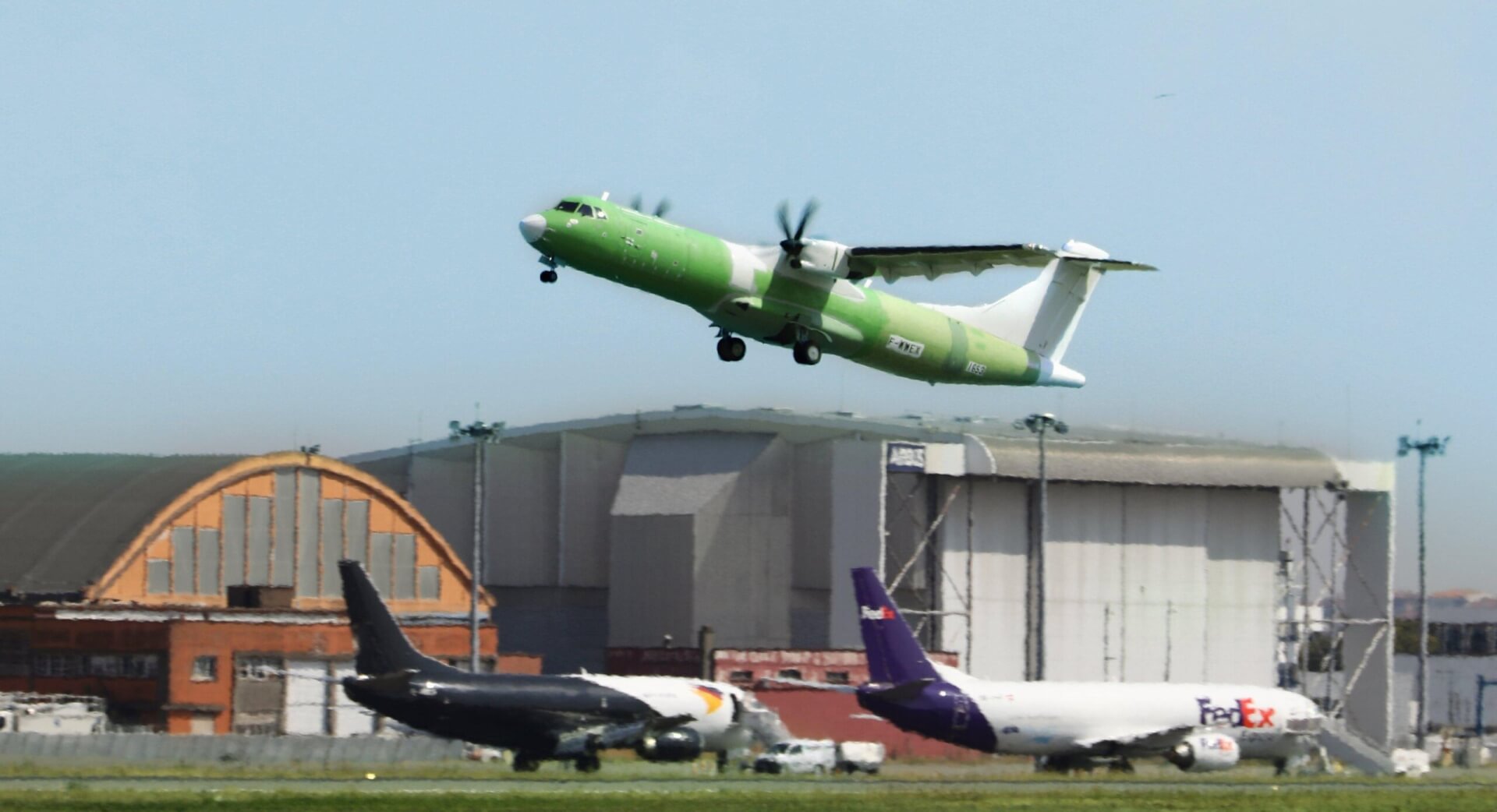 ATR, the world number one regional aircraft manufacturer, has announced the successful first flight of its new purpose-built regional freighter aircraft. The flight took off at 14:00 from its Saint-Martin site and lasted two hours. During the flight, crew onboard performed a number of tests to measure the new aircraft’s flight envelope and flight performance.