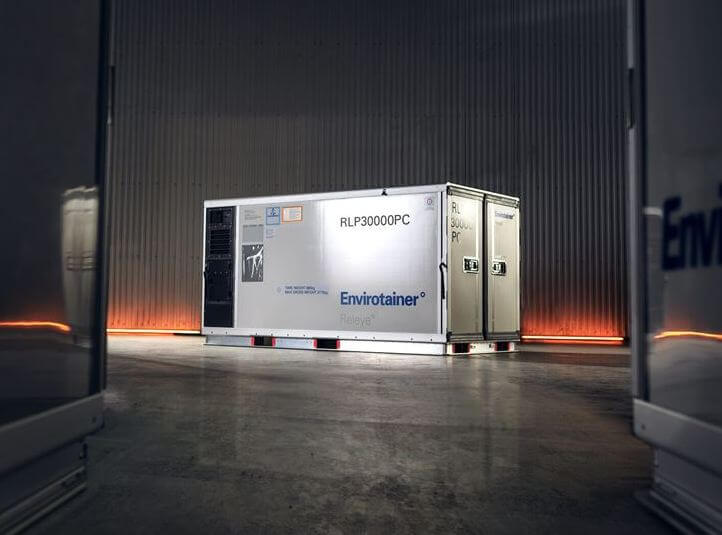 Envirotainer has been granted seven patents by the Swedish Patent Authority, with a further two pending.

These recognise the high standard of technical innovation in the development of Releye, which comes in large RLP and RAP sizes.

The Releye RAP is the only one of its type in the world, combining high capacity with superior features.

Among the patents is Releye frost protection. Accumulation of ice in a temperature-controlled unit can reduce efficiency or even lead to failure, causing temperature deviations and the loss of vital pharmaceuticals.

The implications for patients can be disastrous, while costing pharmaceutical firms financially and reputationally.

The frost protection reduces humidity in the container and therefore any potential for ice on the cooling system.

It’s an important benefit for shipments travelling to the tropics, where humidity can be high and infrastructure lacking.

A design allowing air flow in walls was also granted a patent. This distributes cooling evenly throughout the container, providing an even climate without hot or cold spots that could damage highly sensitive pharmaceuticals.

It also means pallets can be loaded against walls without restricting airflow. This maximises the volume of pharmaceuticals a container can carry.

With air freight costs so high, using every cubic centimetre of space is vital.

With Swedish patents granted or pending, the same innovations have been submitted to the Patent Cooperation Treaty (PCT), which aids applicants in seeking protection internationally.

Commenting on the news Dan Matttson, Head of Technical Product Management at Envirotainer said, “When we launched the Releye range, we raised the bar in cold chain transportation to new heights of control, monitoring and autonomy.

“The patents officially recognise our innovation and illustrate the technical lengths we’ll go to when striving to keep temperature-sensitive pharmaceuticals safe while transporting them efficiently, sustainably and effectively.

“Envirotainer has a long history of being the marketing leader in the cold chain solution industry.

“These patents underline the excellence that comes as standard with our solutions.”