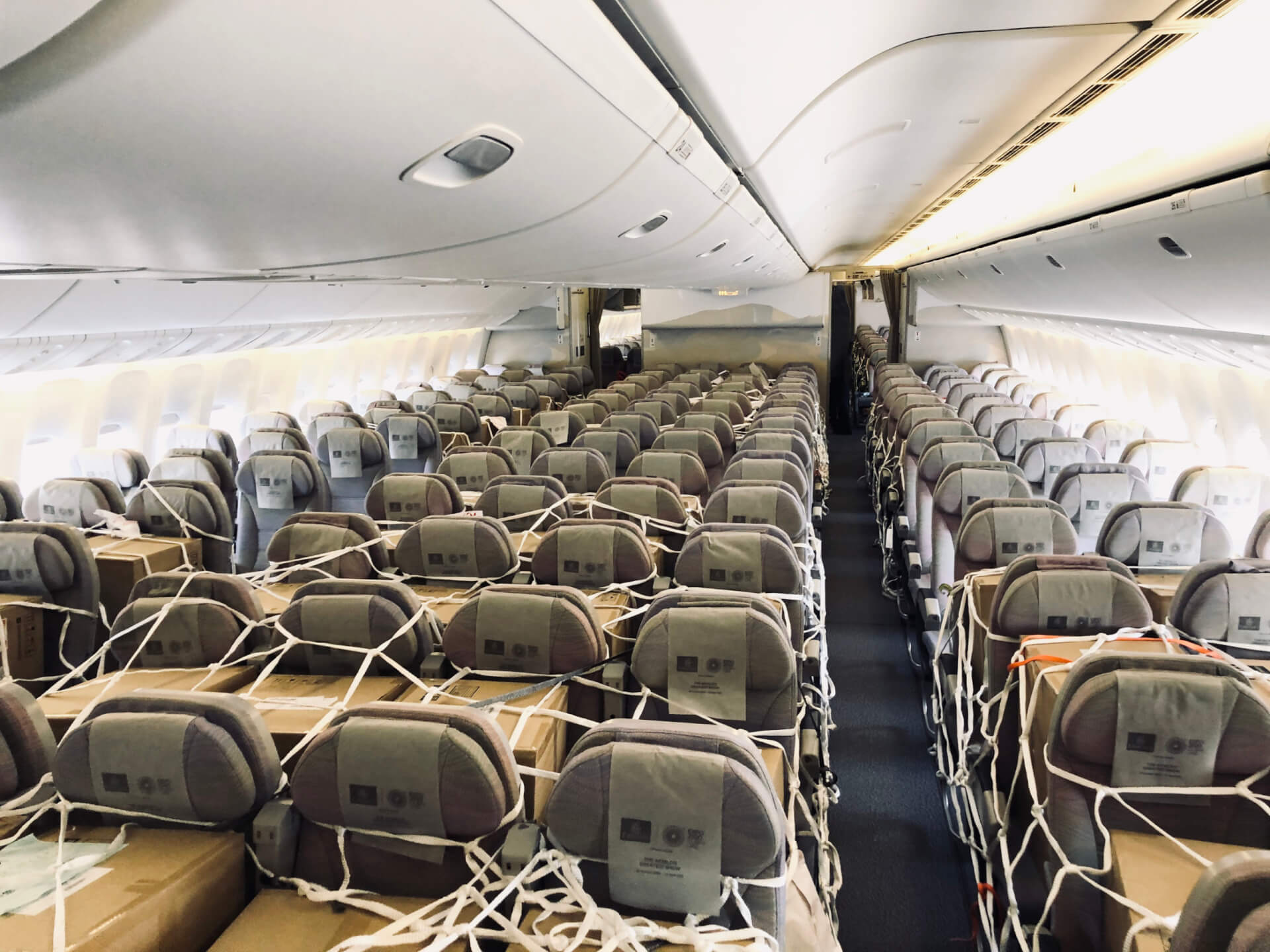 With close to 100 daily cargo flights operated to a destination network spanning more than 65 cities across six continents, Emirates SkyCargo is leading the global cargo industry during these critical times in delivering essential supplies and commodities to people around the world. As part of this, the air cargo carrier is set to transport 40 tons of facemasks between Shanghai and Heathrow on a Boeing 777 full freighter, arriving Thursday 7th May.

Emirates SkyCargo is currently operating 11 Boeing 777 freighter aircraft, each with a capacity to transport about 100 tonnes of cargo per flight and around 60 of its Boeing 777-300ER passenger aircraft as dedicated cargo aircraft, with a 40-50 tonne belly hold cargo capacity per flight.

In a bid to further optimise cargo operations and capacity, Emirates SkyCargo has also started loading cargo in the overhead bins and seats of its Boeing 777-300ER passenger aircraft. This move has been made in response to growing customer demand out of key markets.

Between January and April 2020, Emirates SkyCargo carried a total of more than 28,000 tons of goods into and out of the UK. Transporting these goods to and from different countries across the globe, the cargo included fruit and vegetables, seafood, pharmaceuticals, clothes and footwear.

Nabil Sultan, Emirates Divisional Senior Vice President, Cargo said: “We took a measured approach to the loading of cargo inside the cabins of our Boeing 777-300ER passenger aircraft. Safety of our people and operations is the first priority for us and we had to therefore evaluate the demand from the market against potential risks to our operations. We have now, after a complete evaluation, rolled out a detailed set of guidelines and procedures including strict rules on the kind of cargo that can be loaded inside the cabin.

“We have operated flights from stations such as Tokyo and New Delhi with cargo in the overhead bins and seats and are now in a position to be able to safely and optimally respond to customer demands for additional cargo capacity from main global production markets. We will be operating more flights over the coming weeks with cargo in both the belly as well as inside the main cabin. In addition, we are also looking at other measures including the removal of seats from select aircraft to deploy on high demand trade lanes”.