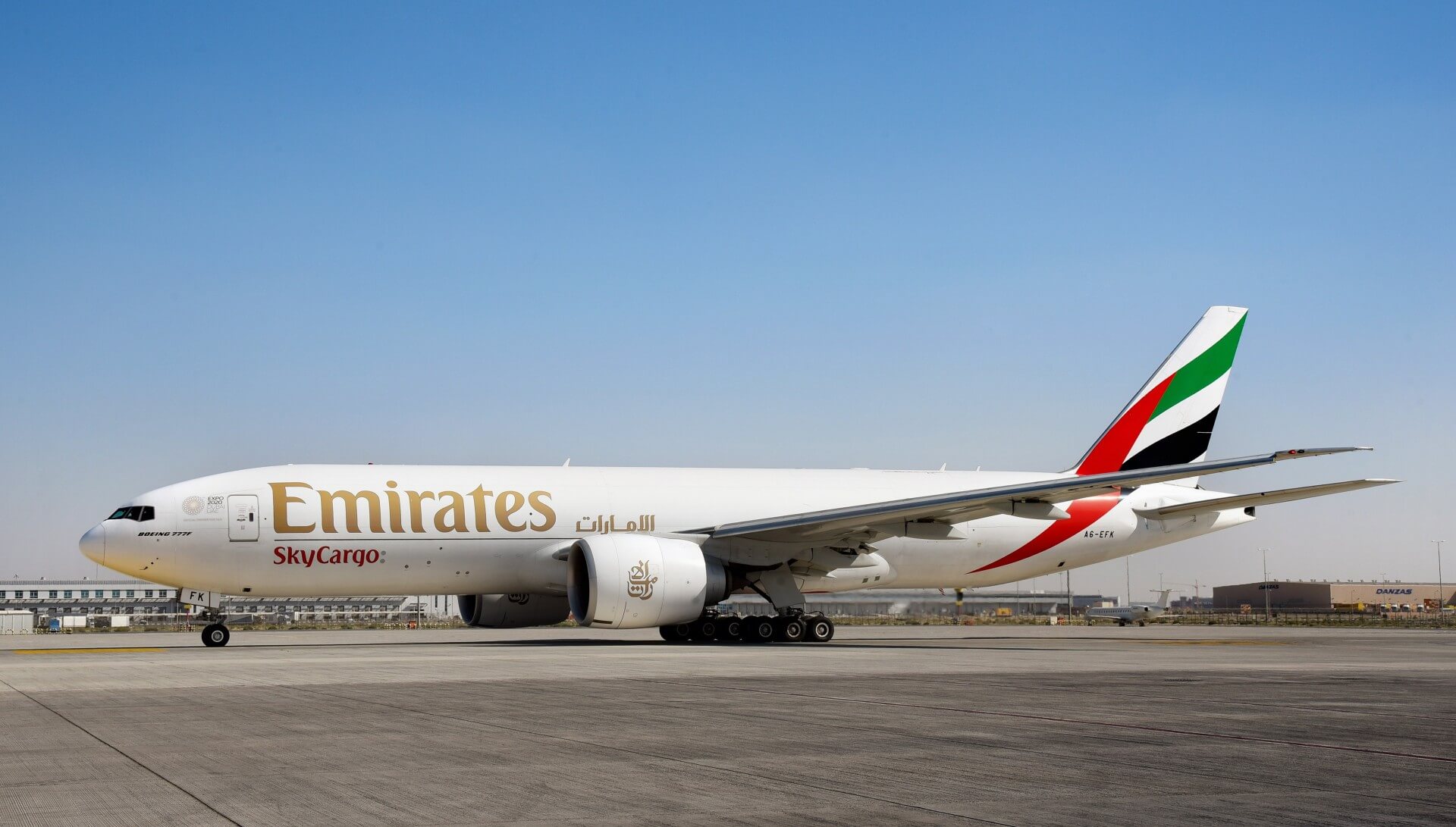 Emirates SkyCargo, a leader in the global airfreight industry, today announced that it will induct two new Boeing 777Fs into its fleet in 2022 and also convert four of the airline’s Boeing 777-300ER passenger aircraft into freighters between 2023 and 2024.

His Highness (HH) Sheikh Ahmed bin Saeed Al Maktoum, Chairman and Chief Executive, Emirates Airline and Group said: “The last two years have put the spotlight on the importance of supply chain connectivity and the availability of air cargo capacity to global communities and economies.

“Emirates plays a key role in making essential goods available to customers and consumers globally through the capacity available on our wide-body fleet, the reach of our global network, and the advanced infrastructure at our Dubai hub.

“Today, we are delighted to announce an investment of AED 3.6 billion (US$ 1 billion) to further expand our freighter capacity.

“This underscores our commitment to supporting our customers’ requirements, and reflects our confidence in our future growth and status as one of the largest airline cargo carriers in the world.”

Emirates SkyCargo has signed a purchase agreement with Boeing for two new Boeing 777-F aircraft, which will be delivered in April and June 2022 respectively.

Emirates SkyCargo was the launch customer for the Boeing 777-F and the aircraft has been at the heart of the carrier’s operations since 2009.

The addition of two new freighter aircraft will strengthen Emirates SkyCargo’s customer offering allowing for increased agility and flexibility in its operations.

“We are honored that Emirates has once again placed its confidence in the 777 Freighter as the backbone of its global network,” said Ihssane Mounir, Boeing senior vice president of Commercial Sales and Marketing.

“As the largest operator of 777 passenger and freighter models worldwide, Emirates’ success is a testament to the 777’s market-leading efficiency, improved sustainability and incredible range.”

Emirates SkyCargo has signed an agreement with Israel Aerospace Industries (IAI) for the conversion of four Boeing 777-300ER passenger aircraft into full freighters.

The agreement also includes an option for further Boeing 777-300ER conversions at a later stage.

The conversion programme for the four aircraft will commence in early 2023 and is expected to conclude in 2024 with each aircraft taking up to an estimated five months for the process.