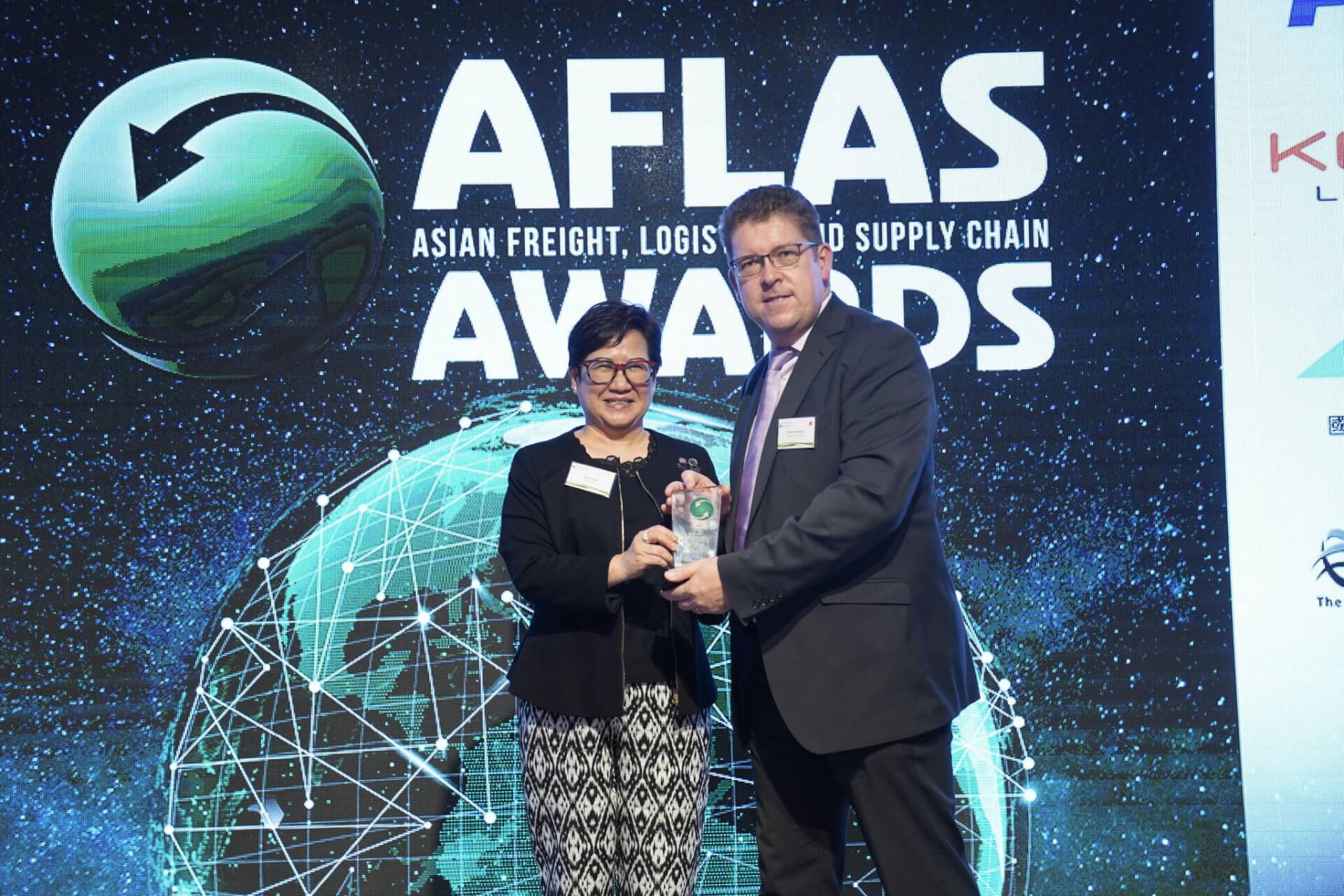 Hactl was named “Best Green Air Cargo Terminal Operator”, winning the title for the second time in the past three years.

Hacis meanwhile won the award for “Best Logistics Service Provider – Warehousing”, which is a new award category introduced this year.

Following an initial nomination round based on criteria set out by the organisers, the four most nominated companies in each of the 49 categories were shortlisted, and then voted for by more than 15,000 readers of Asia Cargo News.

Says Ringo Chan: “Hacis is best known for its road feeder services to and from China, but we have been developing our portfolio of logistics support services for some years, and it’s very gratifying to win an award that clearly recognises the strong progress we have made”.

Amy Lam adds: “Even throughout the challenging pandemic, Hactl has continued its relentless drive to be the model green air cargo terminal operator.

“We are very grateful to all those in the logistics business who have rewarded our effort, investment and achievements with their votes.”