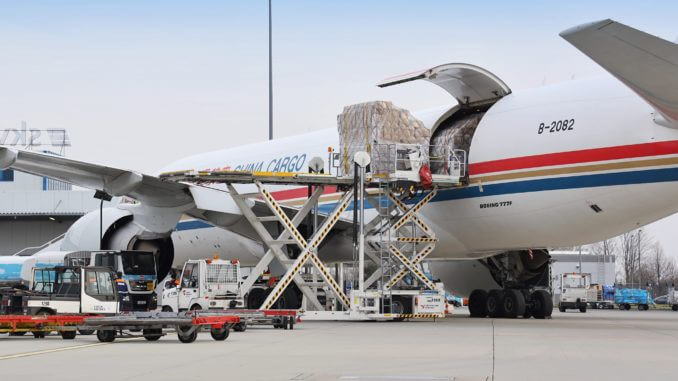 While air cargo volumes diminished rapidly in March, new data for April offers some hope that leading economists are right and the decline in the global economy is ‘bottoming out’.

For April as a whole, volumes declined 39% year-on-year, but an even greater capacity drop of 45% highlighted the current shortage of air cargo capacity, according to the latest industry intelligence from CLIVE Data Services. Its first-to-market week-by-week data shows air cargo volumes stabilised from mid-March to mid-April and became ‘less bad’ during the most recent two weeks to May 3, 2020.

CLIVE’s air cargo market data bears out the sentiment expressed by economists from Goldman Sachs and Morgan Stanley in reports on May 4 and 3 respectively, with Goldman Sachs stating: ‘A number of the high-frequency indicators we track suggest that the global economy is in the process of bottoming out’.

CLIVE’s ‘dynamic load factor’ for April of 67%, based on both the volume and weight perspectives of cargo flown and capacity available, shows an increase of 4% points versus April 2019, reflecting pressure on capacity.

“Until very recently, many airlines would have bumped cargo without blinking an eye, to accommodate the luggage of their passengers. These same airlines are now removing seats from these same planes to create more space for cargo. The uniqueness of this situation is reflected in the new term ‘preighter’ in the air cargo vocabulary, coined by Lufthansa Cargo. April 2020 was also unique. With a decline of 39% in volumes versus April 2019, it must be one of the worst months in air cargo’s history. But a greater fall in capacity, mixed in with the urgent need for Personal Protective Equipment (PPE) materials by governments around the world, explains also why current air cargo yields have reportedly gone through the roof,” commented CLIVE’s Managing Director, Niall van de Wouw.

He added: “Although it is too early to tell if we are seeing the very earliest signs of the road-to-recovery, the most recent trend, coupled with the views of leading global economists, might give us hope. Could it be that the worst is behind us? For all the cargo staff around the world that have been put on furlough, know that their temporary contract will not be extended, or simply have been fired as companies move to cut costs, the word ‘recovery’ will be hard to swallow. Perhaps, more appropriately, April’s data is hopefully showing us that the situation is becoming ‘less worse’.”

CLIVE’s air cargo industry intelligence consolidates data shared by a representative group of international airlines operating to all corners of the globe. Based on both the volume and weight perspectives of the cargo flown and capacity available, it uses weekly analyses to give the air cargo industry the earliest possible barometer of market performance each month.