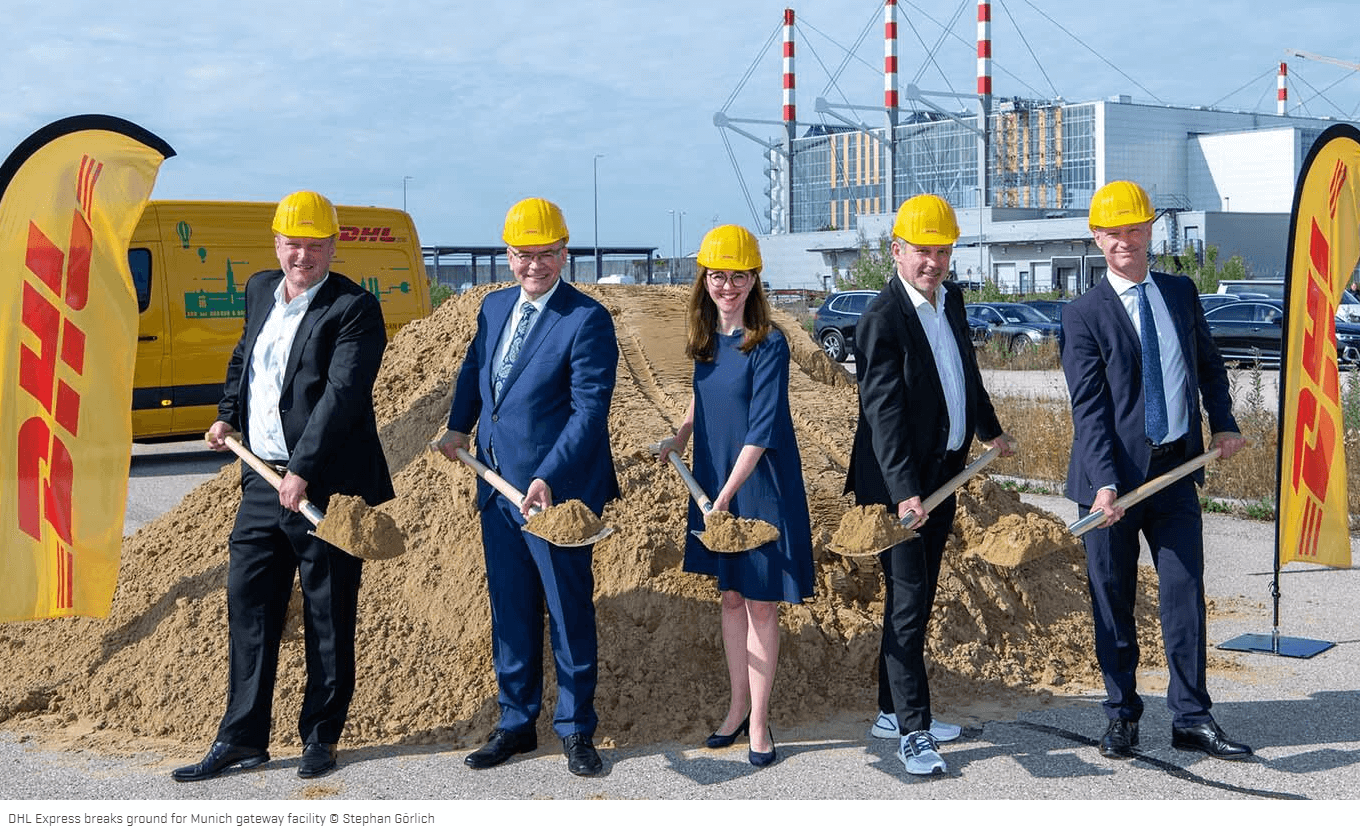 DHL Express Germany marked the official start of construction for its new Munich Airport facility with a groundbreaking ceremony.

The building, which is being built on parking lots P 80 and P 80 West, will boast a gross floor area of over 11,000 square meters.

The new facility comes in response to growing DHL Express shipment volumes at the Munich gateway.

“The new gateway facility at Munich Airport not only represents the next important step in our infrastructure plan but also enables us to prioritize our customers by offering them an improved service.”

Once operational, the airside access allows aircraft parked on the apron to be reached directly from the new building. The gateway also has two so-called PUD fingers (pick-up and delivery), at which up to 65 delivery vehicles can be handled simultaneously.

For customers in the Landsberg-Ingolstadt region in particular, this will translate into faster pick-up and delivery times.

“Today is the groundbreaking ceremony for a win-win project: for DHL Express, Munich Airport, for Bavaria and for the people who want to reliably send and receive urgent shipments worldwide,” said State Minister Dr. Florian Herrmann, Member of the Bavarian Parliament and Head of the Bavarian State Chancellery.

“With the new Express Center, DHL is setting standards in logistics and sustainability. Munich Airport is an engine for the region and for Bavaria as a whole.”

In designing the building, DHL Express has placed considerable emphasis on energy-saving materials and technologies such as state-of-the-art LED lighting technology, which will be installed throughout the complex. What is more, the facility will be equipped with a photovoltaic system that generates

100 kWpeak to power the building’s services, servers and computers. Heat pumps, supplemented by the airport’s district heating system, will provide heat to the building.

At the DHL Express facility in the nearby town of Unterschleißheim, 10 e-vehicles are already in operation, with more set to join them soon.

“We see enormous potential in terms of air freight and express services. The strong commitment DHL Express is making represents a sure sign of its confidence in the location.

“Bavarian businesses will benefit greatly from the gateway, with its highly efficient logistics offerings and wide range of airfreight destinations.”