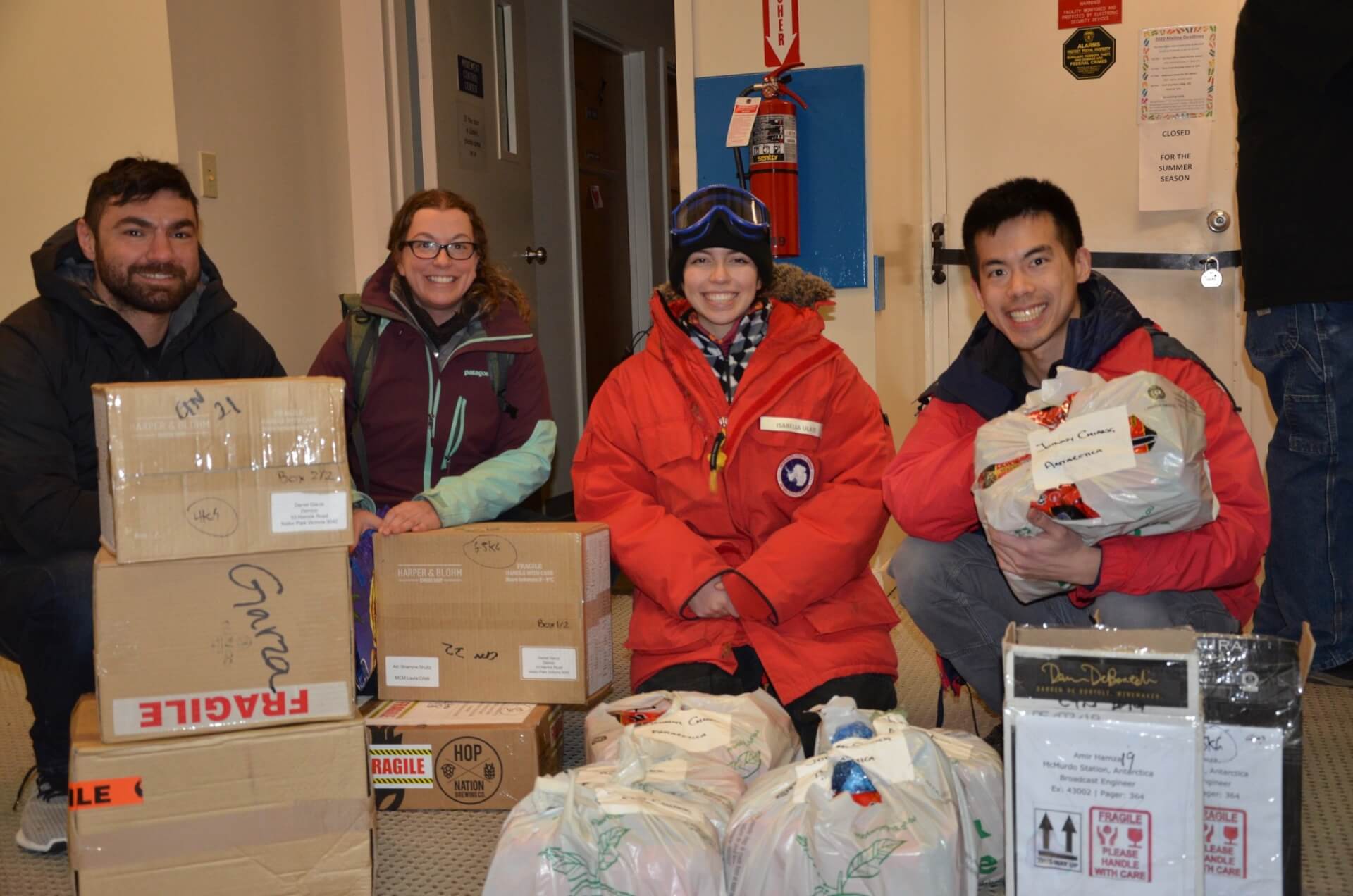 DAMCO has helped deliver over 120 parcels containing gifts and personal items to U.S. Antarctic Program personnel spending extra months in Antarctica because of the Covid-19 pandemic.

Chocolate bars, DVDs, contact lenses, and gifts from family were just some of the deliveries to reach the National Science Foundation-managed McMurdo Station, travelling on a chartered A319 with a consignment of scientific equipment for the research facility.

DAMCO’s Australia team went the extra mile to ensure the goods arrived safely, retrieving packages that needed collecting from multiple post offices to consolidate them for the flight, and in some cases personally shopping for hard-to-find items on the Antarctic team’s wish lists.

“In a time with a lot of negatives it was great to see our team members work together and rise to the occasion when we received this special request from the McMurdo team,” said Alex Paton, District Head of Air Freight ANZ, DAMCO.

“We have been transporting samples and equipment for the station for a number of years, but this is the first time we have helped deliver personal items.”

The scientific equipment initially travelled from Los Angeles, USA, to Melbourne, Australia, where it was loaded along with the personal packages on the charter flight to Hobart, Tasmania, to pick up further items before flying seven and a half hours to McMurdo.

“You could hear the joy over the phone when we told people their parcels were on their way,” said Sharryne Schulz, Airfreight Operations Specialist, DAMCO, who took a leading role in the project.

Weather at McMurdo Station determines when flights can land and the DAMCO team had only 48 hours’ notice of the flight departure.

“We were waiting for chilled items from New Zealand for the consignment and, in the end, we had just a few hours to collect and process them through Customs to meet the take-off time,” said Schulz.

Many of the personnel had been due to leave McMurdo after completing their austral summer contract, but travel is now restricted because of the Covid-19 pandemic and they will be spending the austral winter in Antarctica.

“Many of the team were not originally planning on spending the winter down here and receiving such an impressive amount of packages, both by size and quantity, was greatly appreciated,” said James Roth, Winter Postal Supervisor at the Station.

“The DAMCO team not only bundled smaller packages into larger boxes to ensure everything could fit on the plane, they also picked up items from local grocery stores in Melbourne by special request for some winterovers.”

Thanking the DAMCO team, Amir Hamza Broadcast Engineer at GHG, McMurdo Station,said: “You are awesome, and you have made a lot of people very happy down at the station with your exceptional customer service and patience to get all cargo ready for the export flight.

“You have no idea what this means to us.”

McMurdo is a United States Antarctic research station on the south tip of Ross Island in Antarctica.

It is operated by the United States Antarctic Program, a program of the National Science Foundation.

The station is the largest community in Antarctica, capable of supporting up to 1,200 residents in the summer.