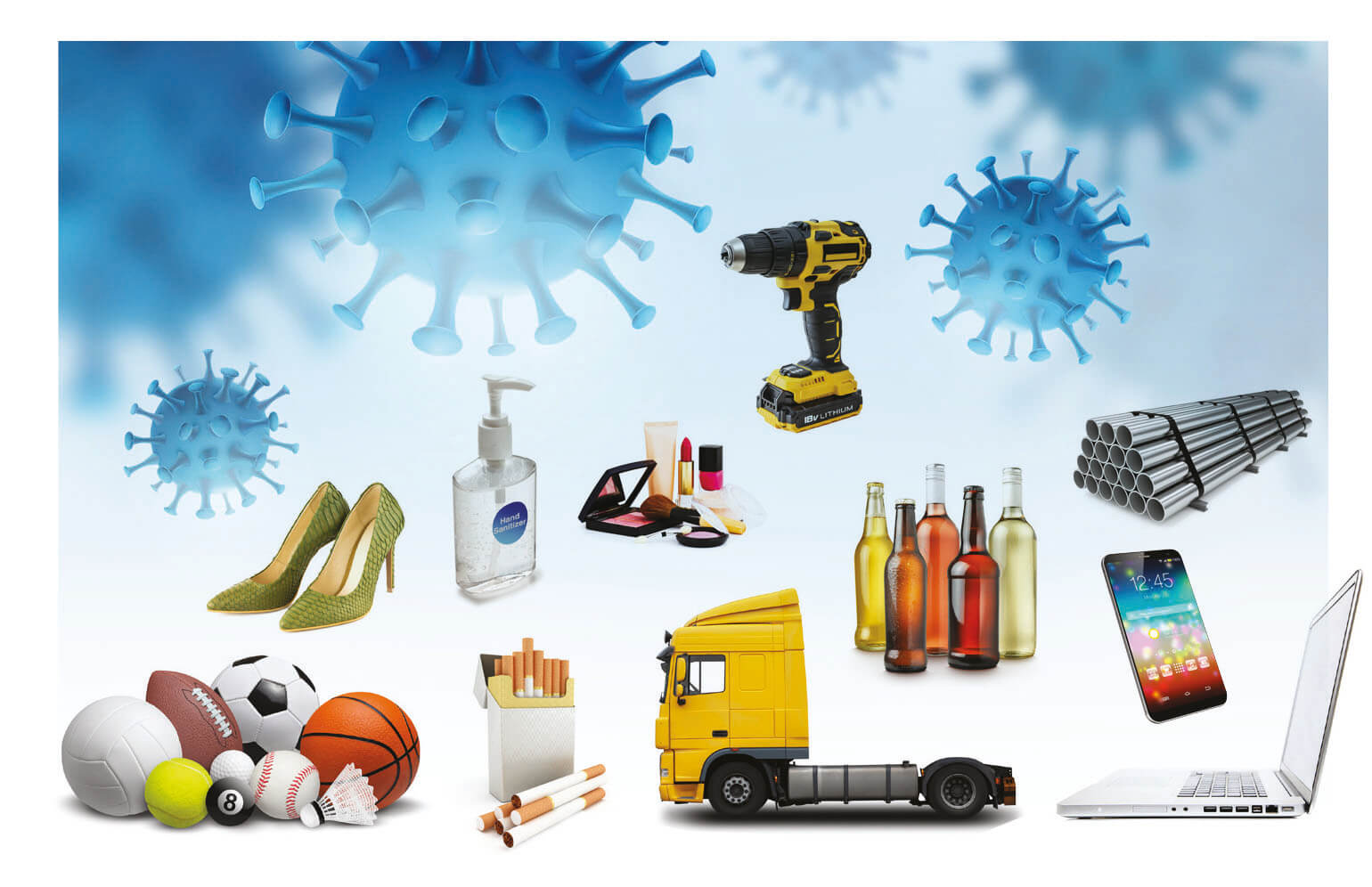 • €1,318,200 – Thieves forced their way into a haulage yard in Haydock in the North West region of the UK on 18 January before stealing a trailer loaded with alcohol products
• €1,144,805 – Sporting goods stolen from a warehouse in Grimsby, UK, on 2 April

• €1,098,500 – Clothing and footwear stolen from a facility in Lincolnshire, UK, on 30 March
• €1,033,877 – on 10 April, a truck carrying a shipment of phones from Nairobi’s Jomo Kenyatta International Airport was hijacked while en route to a warehouse facility

The United Kingdom recorded the highest number of major cargo losses in the TAPA IIS database in this reporting period with 56 or 63.6% of all crimes with a value of €100,000 or more. These produced a total loss of €27,658,653 or an average of €493,905. This is largely due to the high level of support and intelligence TAPA receives from UK law enforcement agencies (LEAs) as opposed to indicating the UK crime rate is significantly higher than in other countries in EMEA.

Outside of the €1m-plus thefts, the next 10 highest loss incidents reported to TAPA’s IIS between 1 January-30 June were:
• €675,054 – Computers/laptops stolen from a truck in Milton Keynes in the UK on 2 June
• €659,100 – Thieves forced open a vehicle parked in Burghclere, Hampshire, in the UK, and stole a shipment of power tools on 19 March
• €615,160 – The theft of motorcycles from a Services 3rd Party Facility in Clifton Upon Dunsmore in the UK county of Warwickshire on 13 June
• €549,250 – A loss of clothing and footwear products from a truck at a motorway service area (MSA) in Peterborough in eastern England on 8 January
• €549,250 – The theft of cosmetics and hygiene products from a vehicle at a MSA in Westerham in Kent, UK, on 30 January
• €549,250 – Criminals in the UK used bogus company information to order and subsequently steal a trailer load of metal from an overseas supplier in June
• €530,000 – 4,400 smartwatches stolen from an Aviation Transportation Facility in Schiphol in the Netherlands in May
• €524,457- The hijacking of a truck loaded with soap and hand sanitiser products in Midrand in South Africa’s Gauteng province on 26 May
• €521,787 – Miscellaneous products stolen from a truck parked at business premises in Bury St. Edmunds in Suffolk, UK, on 8 February

• €439,400 – A theft of machinery and parts from a lorry parked at a motorway services in Northamptonshire, UK, on 21 January