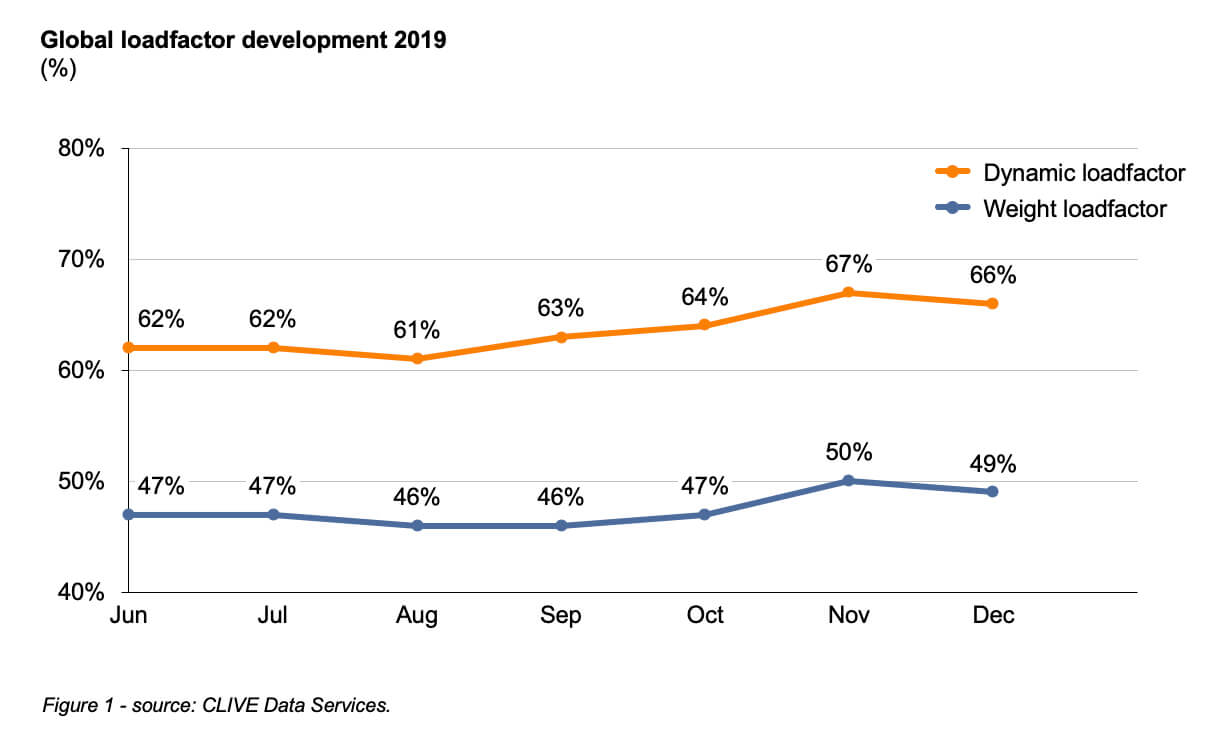 It is being claimed the global utilisation of air cargo capacity is 35% higher than the traditional industry indicator suggests, according to CLIVE Data Services a new data services company introducing the ‘dynamic load factor’ analyses.

They say refreshing the way air cargo capacity usage is measured to reflect modern day reality will strengthen the airlines’ voices with all stakeholders, not least airports, slot coordinators, legislators and aircraft manufacturers.

Underpinning this new way of thinking by CLIVE Data Services’ award-winning ‘Selfie app’ is the realisation that air cargo load factors based on weight utilization now paint a misleading picture of how full flights really are.

“This is caused by the methodology used,” says CLIVE’s Managing Director, Niall van de Wouw. “Traditionally, the amount of cargo flown in kgs is divided by the level of cargo capacity in kgs. But, the reality for the vast majority of widebody and freighter flights is that it’s the cargo capacity in cubic meters which is the limiting factor, not the cargo capacity in kgs. Consequently, existing load factors, based only on weight, underestimate how full planes really are, and thus give a distorted picture of how the industry really is performing.

“The fact that flights nearly always ‘cube out’ before they ‘weigh out’ is a result of the aircraft’s higher capacity density (available kgs per cubic meter) than the average density of the goods moved by air. Looking ahead it is very likely that this discrepancy in capacity density and cargo density will further increase. On the capacity side, we have new planes entering the market which can lift more kgs of cargo per cubic meter than ever before. And, on the cargo side, the surge in e-commerce traffic will further decrease the average density of the cargo flown.”

CLIVE’s analyses shows the real utilisation of air cargo capacity on a global level is 35% higher than the traditional indicator suggests, he adds.

“We therefore believe it is time for a new yardstick: the dynamic load factor. To support this change in thinking, we will now be publishing this dynamic load factor analyses each month. It considers both the volume and the weight perspective of the cargo flown and capacity available. The analyses are based on flight data shared by a representative group of airlines operating to all corners of the globe. We strongly believe that this new yardstick will create a better understanding and more appreciation for the industry at regulatory and governmental levels.” Niall van de Wouw stated.

“Going forward, in the first week of each month, we will be reporting an overview of the load factor trends for the previous month to ensure the industry has access to both the most accurate and most recent data,”