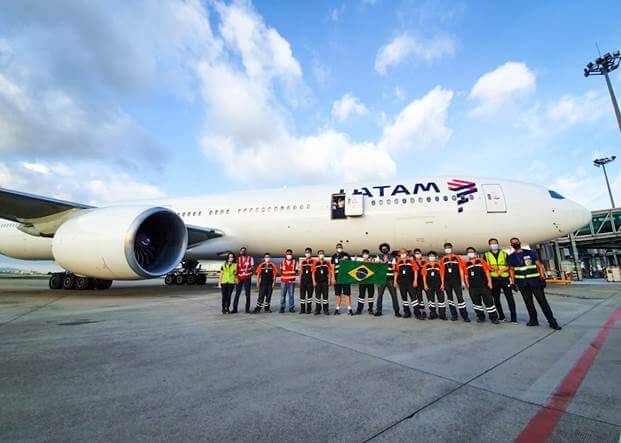 LATAM Brazil concluded the unprecedented mega-operation to transport equipment coming from China in order to combat COVID-19 in Brazil. In total, 45 flights were carried out in partnership with the public and private sectors. Since May, a total of 3,200 tons of cargo were transported in these flights, including 250 million surgical and N95 masks, monitors, respirators and other medical supplies. In addition, several tons of fruit were transported to Europe on the way to China.

LATAM Brazil carried out the company’s first operation to China, which required coordinated work from several areas to define the best possible logistics. The first flight took place on May 3, traveling from Guarulhos to Amsterdam and finally to Shanghai. Since then, 300 employees have been part of the operation, including mechanics, operational dispatchers, pilots, copilots, supervisors, coordinators, planners, cargo personnel and ground support.

“We can say, with absolute certainty, that this operation was a success. We are very proud that, even when facing an unprecedented challenge like this one, we were able to organize ourselves in the best way to deliver properly. I thank our professionals, who were focused on their work, and also our partners for the trust they placed in us”, states Diogo Elias, LATAM Cargo Brazil’s Director.

SNAPSHOT OF ALL 45 LATAM-CHINA FLIGHTS:

• 250 million surgical and N95 masks, in addition to monitors, respirators and other medical supplies