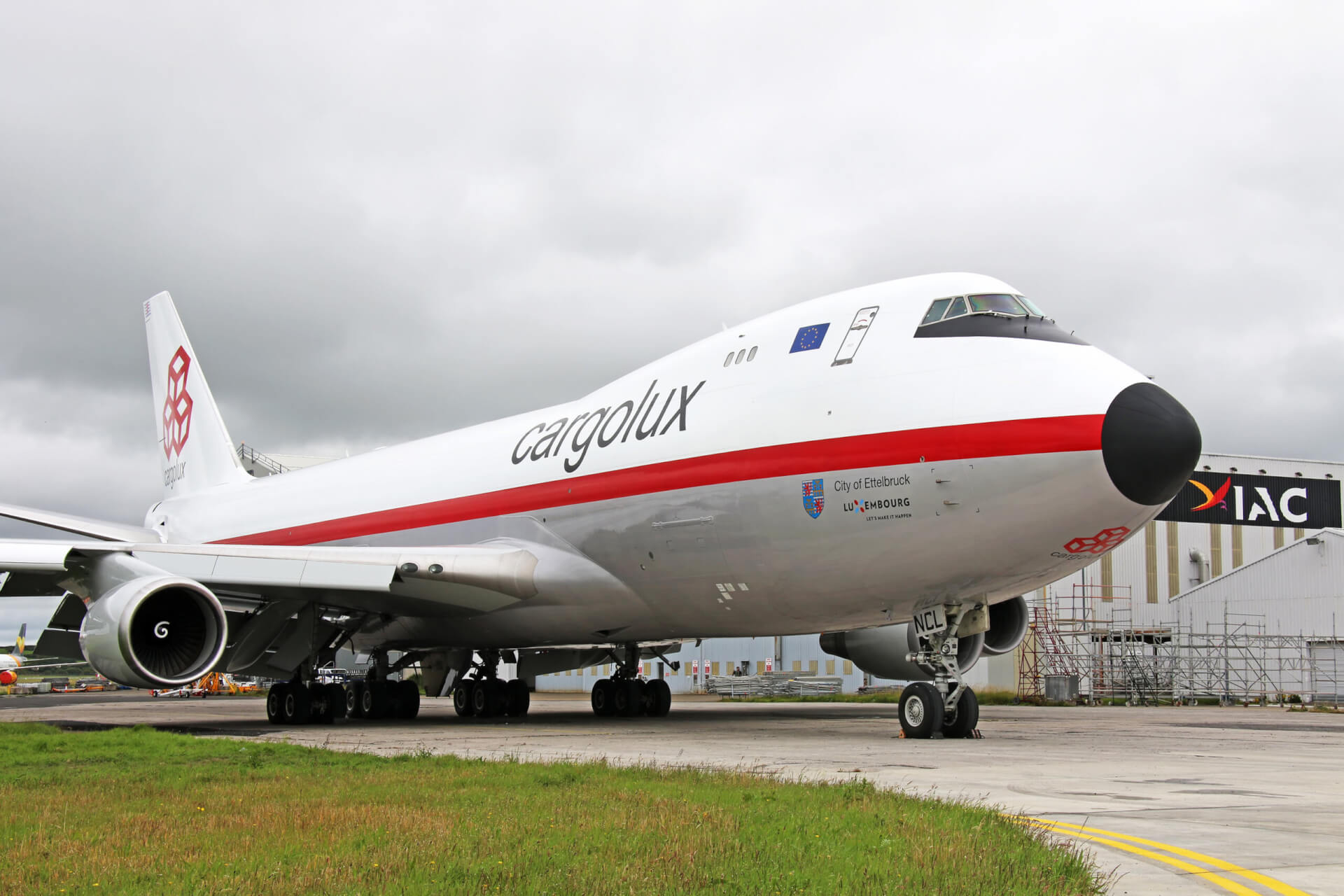 One of Cargolux’s 747-400ERF freighters, LX-NCL, will be welcomed home to Luxembourg today sporting a brand-new retro livery. The aircraft is expected to land in the Grand Duchy at 16:45 local time. Its unique design celebrates the airline’s 50 years of existence; combining a vintage visual with the iconic lines of the jumbo jet. This duality perfectly depicts Cargolux; rooted in its pioneering history while remaining resolutely geared towards the future.

LX-NCL’s retro livery is inspired by the design that Cargolux’s first airplanes bore in the 70s. The airline’s initial fleet comprised Canadair CL-44 swing-tail freighters; unique models that were quickly complemented by the Douglas DC-8 as the company moved into the jet age. Fifty years after its inception, Cargolux decided to revive the retro design as a tribute to its evolution throughout the past half-century.

Now in its jubilee year, Cargolux had planned to celebrate this remarkable milestone with several events, including the inauguration of its brand-new headquarters in Luxembourg. In light of the current Covid-19 situation, however, the company has taken the decision to cancel these gatherings.

Cargolux is extremely proud to have served as an air bridge especially with China, Asia and the rest of the world in bringing vital medical supplies not only for the country but also for the rest of Europe and other impacted parts of the globe.