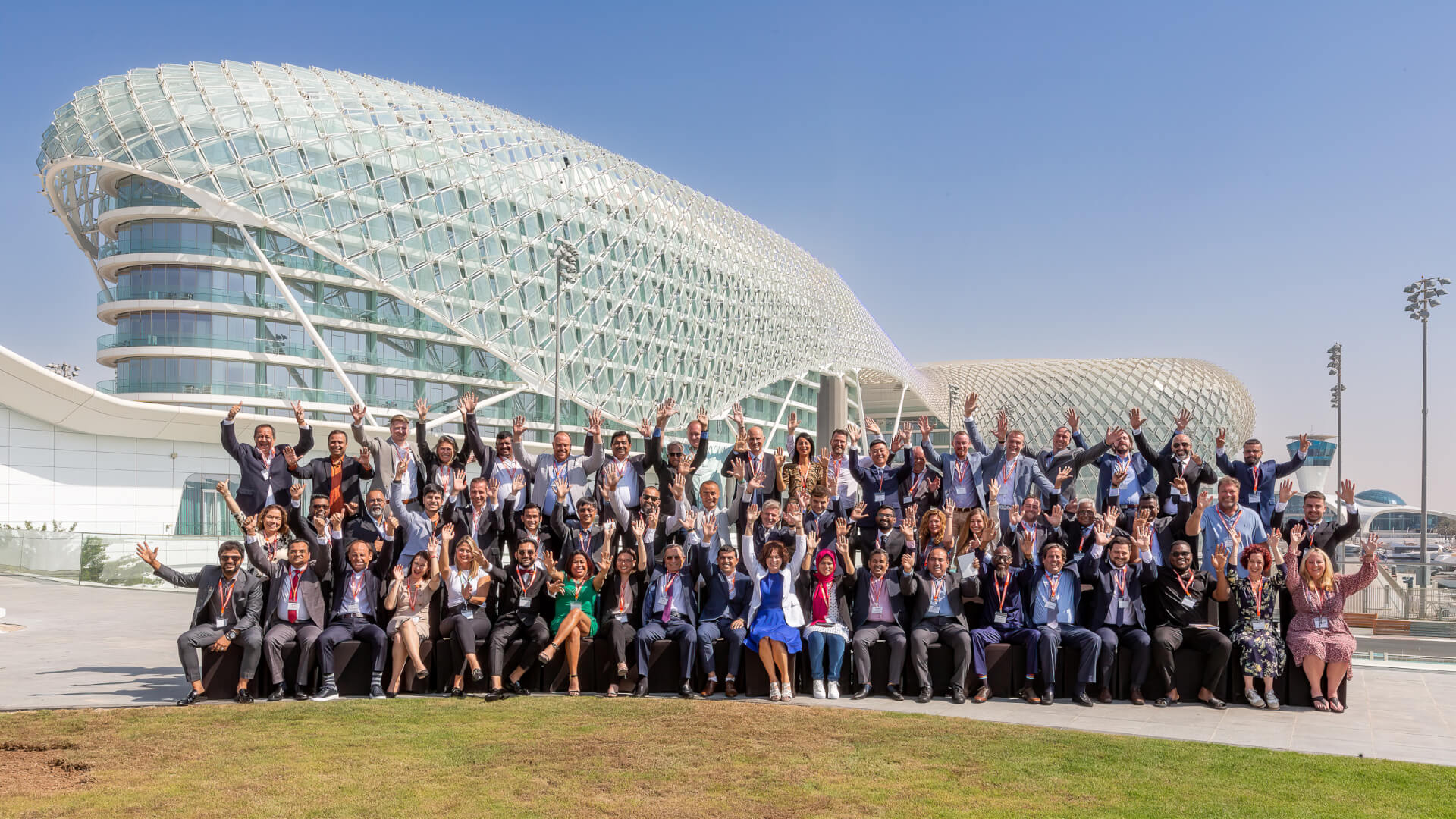 More than 60 C.E.O.’s and Senior Managers from over 25 countries from South, Central and North America, Africa, Europe, Middle East, Asia, and Australasia recently attended the 6th Annual Assembly, which was held from 26-28 October 2022 at the fabulous W Hotel Abu Dhabi – Yas Island.

Directly linked to the Yas Marina Circuit, The venue is the only hotel in the world built upon a Grand Prix Racetrack.

The cars practicing for the upcoming Formula 1 gave attendants plenty of entertainment during the 3 day event!

The first chance the attendees had to meet after a challenging few years, was on the famous rooftop Wet Deck where they enjoyed dinner and drinks together.

The official meeting was opened by C.E.O./President, Rachel Crawford who said ”For over 8 years we have seen Members from different religions, backgrounds, and beliefs, form friendships that for many will last for life.

“You have also made the meetings such fun! Cargo Connections encourages a sense of family and together with our Membership Rules, I believe there is a real respect for each other.”