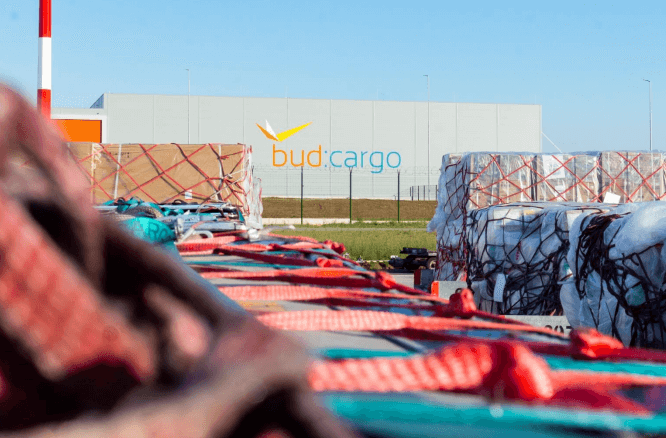 As Budapest Airport closed its second year of operation under the heavy impact of the coronavirus, a highlight through the turbulent times saw cargo volume soar to unprecedented records.

2021 was a significant year for air cargo in many ways.

The coronavirus pandemic, changing logistics, e-commerce trends and expectations resulting from it, have presented airports around the world with huge challenges.

Budapest Airport’s timely decision to establish a brand-new cargo base – BUD Cargo City – at the end of 2019 has enabled it to meet the unexpected challenges of the pandemic, ahead of many competing airports.

Thanks to the airport operator’s long-standing strategic focus on air cargo as a priority segment, the airport took a giant step in 2021 to further strengthening its role as a leading regional hub, with all the related national economic, logistics and social benefits.

2021 was the strongest year ever in terms of cargo volume: Budapest exceeded the dream threshold of 180,000 tons.

Among the major cargo airports in Central and Eastern Europe, Budapest saw the largest increase (+35.3%) in cargo volume compared to 2019, competing increasingly closely with the region’s other leading airports, Vienna and Munich, in terms of cargo handling.

Last year, practically every month brought new records in the cargo volume handled, and the airport ended the year with 183,362 tons of cargo, a 36.4% increase compared to 2020.

In addition, this was achieved with a sustainable 4.8% growth in the number of cargo flights (less than one extra cargo movement ATM – arriving or departing aircraft – per day.

Several factors contributed to cargo figures being outstanding. On the one hand – besides the years of intense cargo development work by BUD and its cargo community – the pandemic changed logistic processes as the safety and speed of air cargo provided steady support to the economy and competitiveness during the pandemic.

Airports such as Budapest, with strong focus on cargo and with air cargo friendly environment, became key for the global and regional logistics and this is reflected in their cargo traffic development.

While the wake of the pandemic also transformed and solidified e-commerce trends as the number and volume of online orders reached unprecedented levels worldwide in 2021 – a significant share of international e-commerce volume in Hungary and Central and Eastern Europe arrived by air, further strengthening the airport’s role as a cargo hub.

Partly due to the aforementioned trends, partly thanks to the Hungarian government’s Chinese-Hungarian aerial Silk Road policy, and as a result of the persistent core focus work of Budapest Airport, air cargo traffic between China and Budapest has also reached new levels, contributing to the airport and the government’s ambition to make Hungary a freight transport, logistics and distribution hub of Central Europe.

In line with this, the airport operator also aims to ensure that as much of the goods arriving in Europe from the Far East as possible should reach their final destination via Budapest.

This gateway role was reinforced last year by the Alibaba Group’s decision to choose Budapest as its Central and Eastern European air logistics hub, attracting other major cargo players to the Hungarian market.

Budapest Airport’s new cargo handling base, covering 32,000m² building and 40,000m² new cargo apron area, known as the BUD Cargo City, played a key role in the fight against the pandemic. The vast majority of the tens of millions of vaccine doses arriving in the country did so through Budapest Airport.

René Droese, Chief Development Officer, Budapest Airport emphasised: “Pharmaceutical logistics has its important and stable position in the cargo plans of the airport, the IATA CEIV Pharma quality assurance system is under implantation in a community approach at BUD; two cargo handling companies are already certified, and several freight forwards received the license or are under certification in Q1 2022.

“Joint actions with the cargo community are vital part of the development work of BUD Cargo, more efficient operational processes or improvements in cargo digitization, including a new cargo community system, are on its short-term actions list.”

“The airport operator’s air cargo activities currently involve around 2,000 direct jobs at the airport and a further 12,000 through the associated ecosystem.

“With the expansion planned in the coming years, the airport will further strengthen its role in the national economy and its ability to create jobs, and thus the country’s competitiveness as well.”