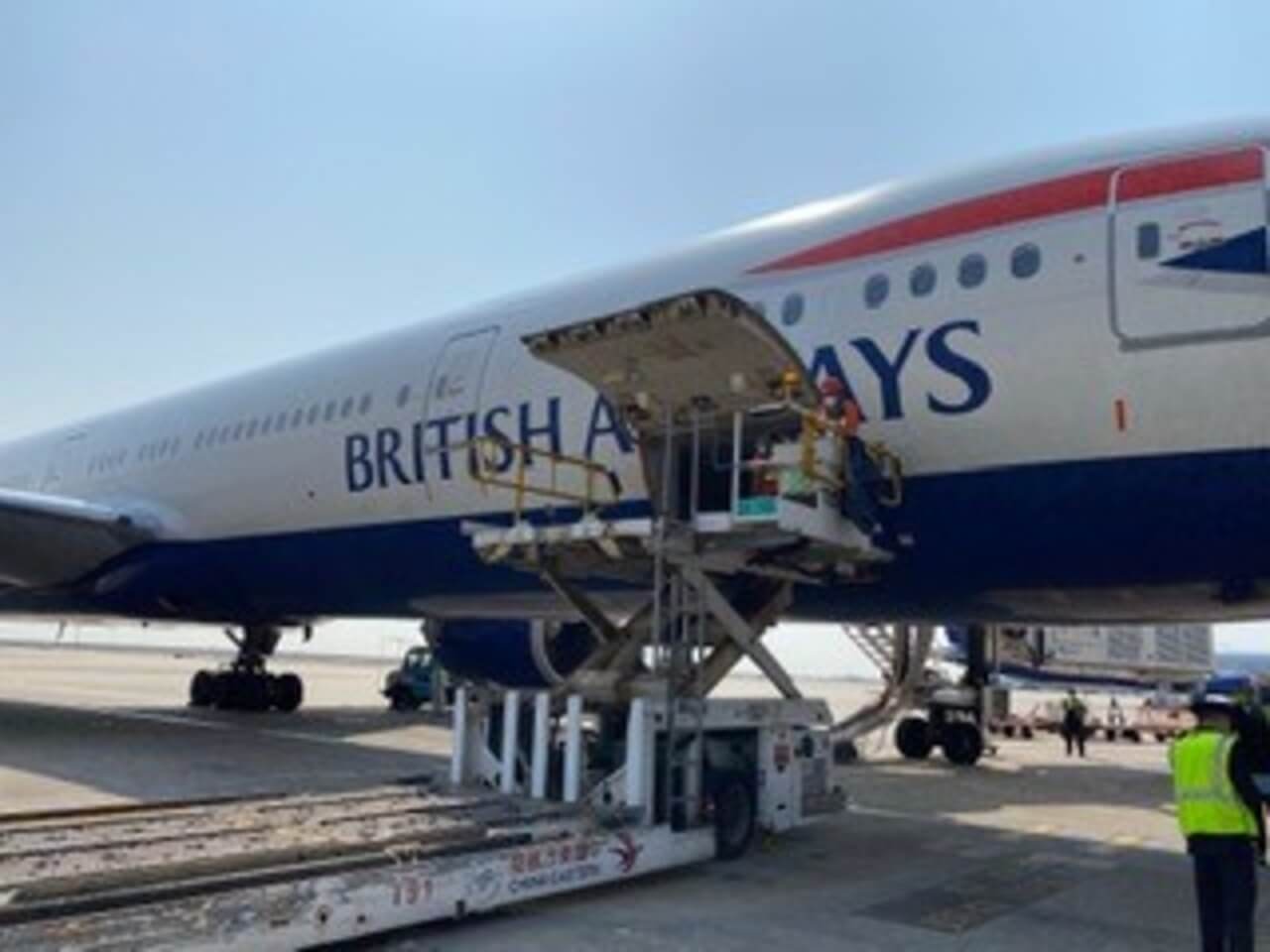 A British Airways aircraft loaded with vital medical supplies from China is on its way back to London Heathrow.

Captain Robert Kendall is heading a team of flight crew operating the British Airways Boeing 777 which is loaded with ventilators as well as personal protective equipment (PPE) including goggles, face guards and gowns.

The flight was operated in partnership with the UK Government and IAG Cargo. The British Embassy is working with the Department of Health to procure medical equipment from China and deliver it to NHS hospitals all over the UK.

The flight departed from Shanghai at 11am local time on 9 April and is due to touch down at Heathrow later this afternoon.

Today’s flight was the first of several British Airways flights containing medical equipment and supplies coming in to the UK from China. Over the coming days, 55 tonnes of hand sanitiser – equivalent to around 62,000 large bottles – will arrive in the UK on a similar flight from Shanghai.

Minister of State for Asia, Nigel Adams said: “I am delighted that we have been able to reopen the British Airways route from Shanghai to deliver lifesaving equipment that we have bought for the NHS.

“We have been working round the clock to bolster the NHS supplies and save lives and we are seeking further deliveries as a matter of urgency.”

Alex Cruz, British Airways’ Chairman and Chief Executive, said: “We are doing all we can to support the global response to Covid-19, whether it’s flying important medical supplies in to the UK or helping to bring Britons home. We will continue to use all available resources to support the Government, the NHS and communities all over the world who might be in need of our help.”