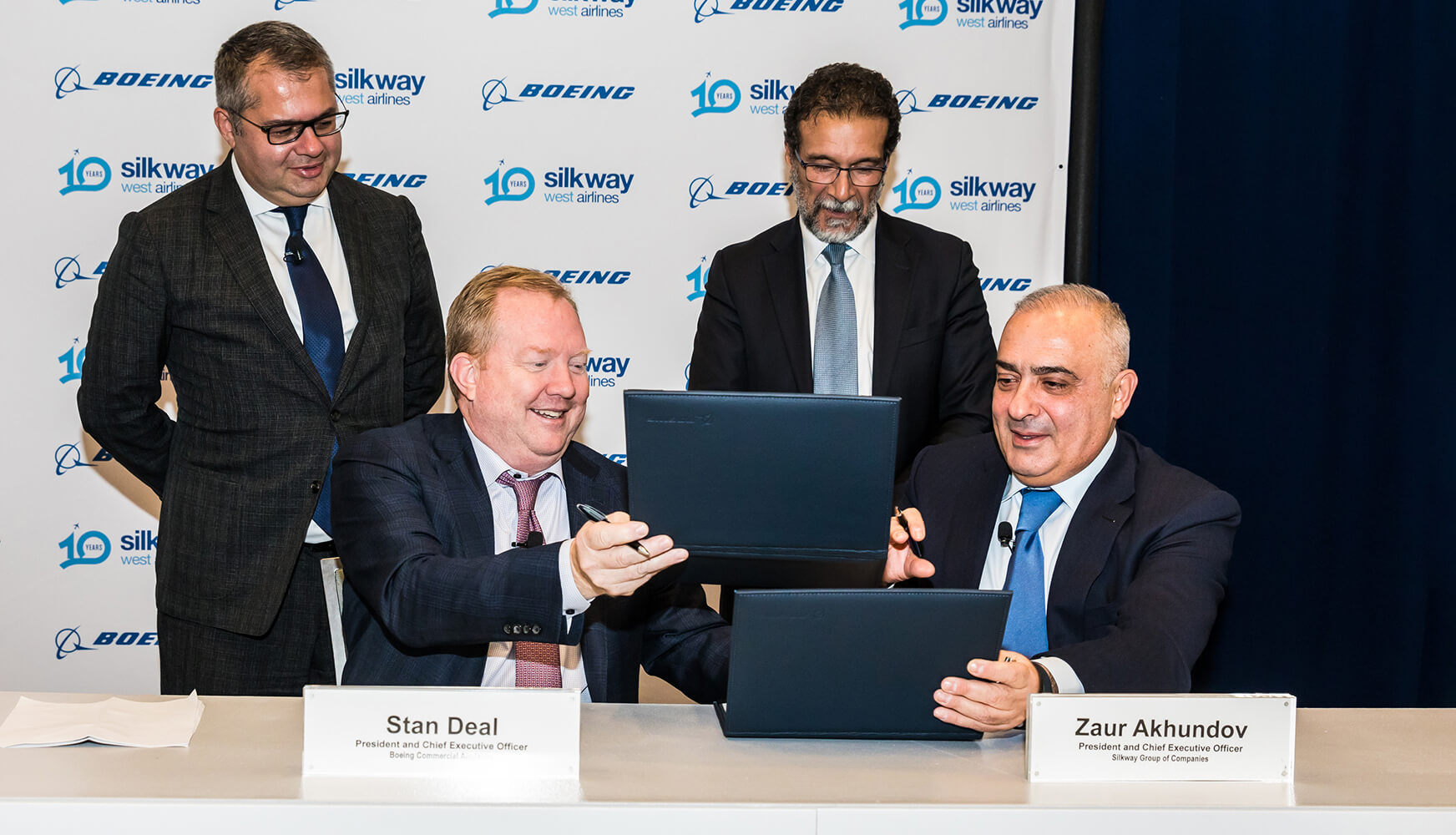 Boeing and Silk Way West Airlines have finalized an order of two 777-8 Freighters, with options for two additional airplanes.

The Azerbaijani cargo carrier, which serves 40 destinations around the world, is the first customer in the Eurasia region to order the industry’s newest, most capable and most fuel-efficient twin-engine freighter.

The order was previously listed as unidentified on Boeing’s Orders & Deliveries website.

“We are pleased to announce this order with our longstanding partner Boeing and become one of the world’s first customers for the newest freighter,” said Zaur Akhundov, Silk Way Group president.

“This year Silk Way West Airlines celebrates its 10th anniversary, and over the past decade the carrier has been operating an all-Boeing fleet.

Boeing launched the new 777-8 Freighter in January 2022 and has booked more than 50 orders for the model.

The 777-8 Freighter has nearly identical payload and range capabilities as the 747-400 Freighter while providing 30% better fuel efficiency and emissions and 25% better operating costs per tonne. It is the ideal choice as operators replace aging freighters later this decade.

“With sustained demand for air cargo tied to expanding e-commerce and air freight’s speed and reliability, Boeing expects the global freighter fleet to increase by 60% through 2041,” said Stan Deal, president and CEO of Boeing Commercial Airplanes.

“We are proud that Boeing products, including this order for the 777-8 Freighter, continue to drive Silk Way West Airlines’ expansion plans and help realize the ambition of making Baku a global cargo hub.”