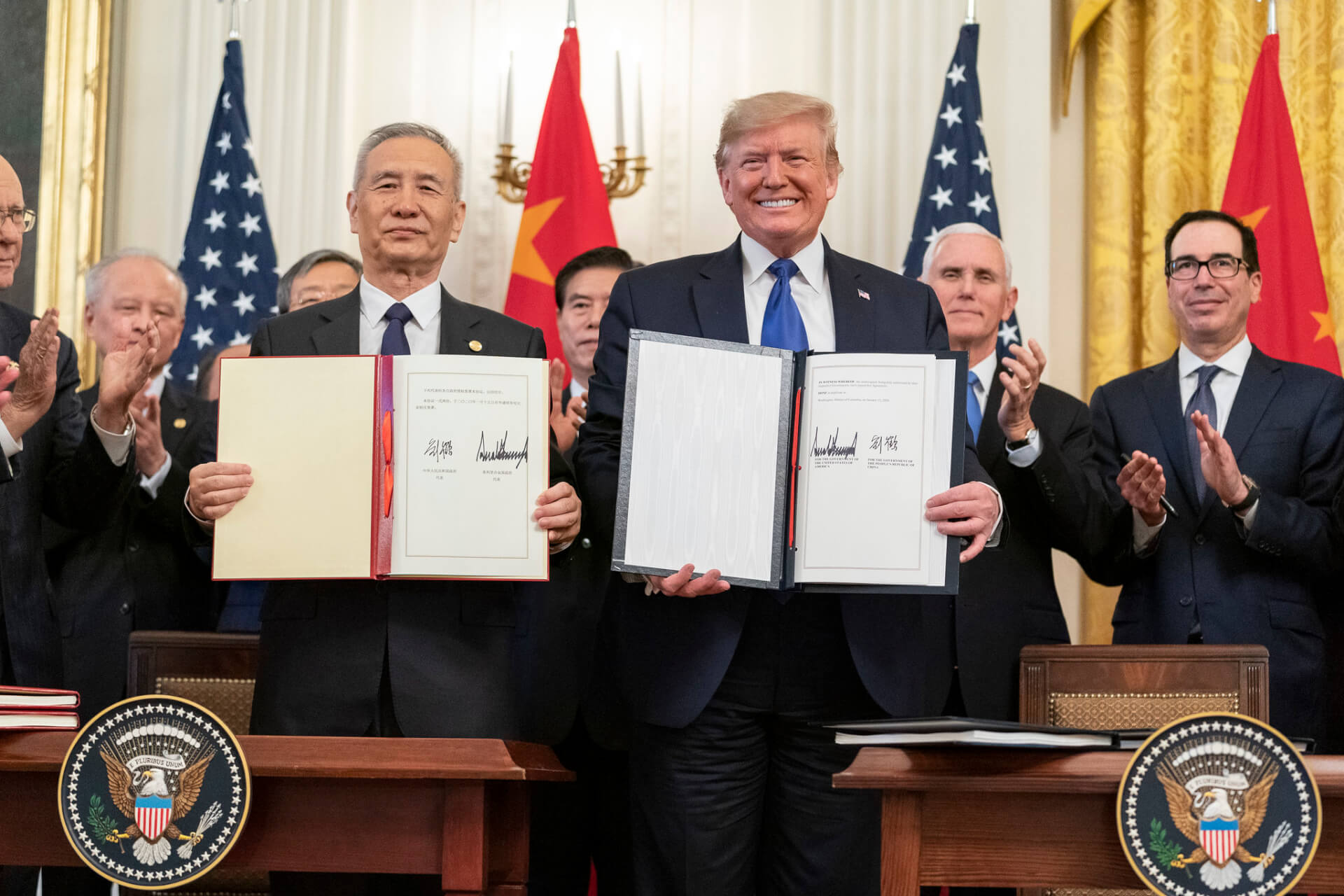 Boeing President and CEO Dave Calhoun issued the following statement regarding the announcement today of a US-China trade deal:

“Boeing has a long-standing partnership with China that spans nearly 50 years. We’re proud that Boeing airplanes will continue to be a part of this valued relationship, one that has fueled aerospace innovation and sustained manufacturing jobs.

“Boeing applauds Presidents Trump and Xi as well as Vice Premier Liu, Secretary Mnuchin and Ambassador Lighthizer for their leadership in building a fair and mutually-beneficial trading relationship between the United States and China.”

The initial trade deal signed by the United States and China helps to defuse an 18-month dispute between the world’s two largest economies, but leaves many points of contention unresolved, analysts and industry insiders say.

“Together, we are righting the wrongs of the past and delivering a future of economic justice and security for American workers, farmers and families,” Trump said at the White House alongside US and Chinese officials.

Many are skeptical that China may not be able to meet a pledge to buy over $200bn worth of US farm products and other goods and services over a two years period.

In a letter, China’s President Xi Jinping told Trump that the agreement was a sign their two countries could resolve differences through dialogue and that the deal was “good for China, the US and the whole world.”