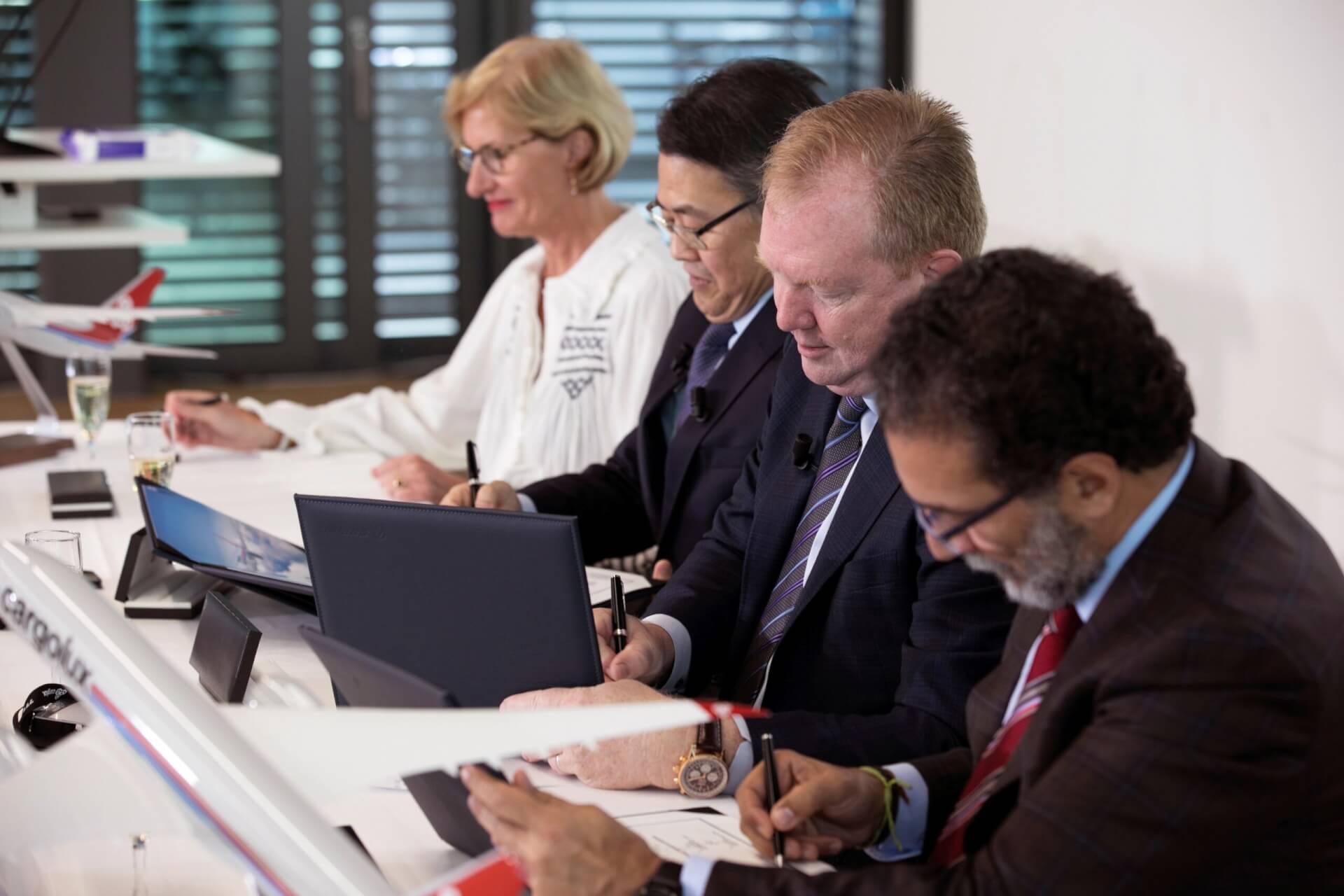 Boeing and Cargolux have finalized an order of 10 777-8 Freighters with options for six additional airplanes, with a signing ceremony today at Cargolux’s headquarters in Luxembourg.

The selection of Boeing’s newest freighter was previously announced at this year’s Farnborough International Airshow as Cargolux’s preferred choice as the replacement for its 747-400 Freighter fleet.

The order was previously listed as unidentified on Boeing’s Orders & Deliveries website.

Cargolux’s choice of the 777-8 Freighter underlines its commitment to establishing long-term sustainability.

Europe’s number one all-cargo airline has a long-standing engagement towards sound operations and the 777-8 Freighter offers reduced emissions, noise, as well as the lowest fuel use and operating costs per tonne of any large freighter.

“Replacing our aging fleet of 747-400 Freighters with the latest technology and fuel-efficient 777-8 Freighter model will contribute to our long-term sustainability program while continuing to offer our customers the tailored service they expect.”

Boeing launched the new 777-8 Freighter in January 2022 and has now booked more than 50 orders for the model.

The 777-8 Freighter has nearly identical payload and range capabilities as the 747-400 Freighter while providing 30% better fuel efficiency and emissions and 25% better operating costs per tonne.

It is the ideal choice as operators replace aging freighters later this decade.

“With its purchase of our newest freighter, Cargolux has invested in a sustainable future as the 777-8 Freighter will significantly reduce CO2 emissions compared to the airplane it is replacing,” said Stan Deal, president and CEO of Boeing Commercial Airplanes.

“Equally important, the 777-8 Freighter operates with a noise footprint up to 60% smaller than its predecessors, significantly minimizing noise emissions around airport communities.” 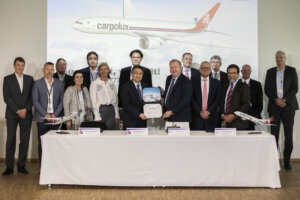