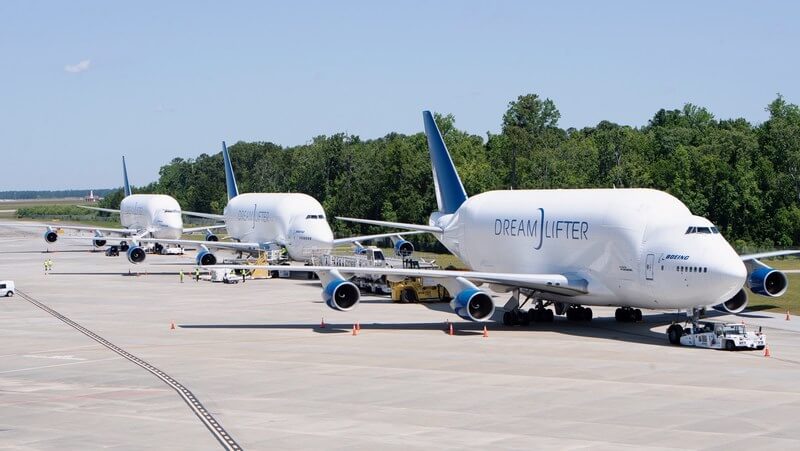 A wheel fell off a giant Boeing Co. cargo jet and plunged to the ground shortly after the aircraft took off from Taranto in southern Italy on Tuesday morning.

A video posted on Twitter showed a plume of black smoke suddenly spit out from the 747-400 Dreamlifter’s undercarriage and a wheel like a giant bowling ball flying to the runway and bouncing away.

The aircraft, operated by Atlas Air Worldwide Holdings Inc., continued with its journey and landed safely about 11 hours later at a Boeing production facility in Charleston, South Carolina.

The footage of the takeoff made it the most tracked flight in the world, with more than 10,000 users following its journey, according to data from Flightradar24.

The cause of the incident isn’t yet clear. A Boeing spokesperson said the company will support Atlas Air’s investigation. Atlas Air wasn’t immediately available to respond to a request for comment.

The Dreamlifter is a modified version of the 747-400 and is mainly used to transport Boeing 787 parts for the Arlington, Virginia-headquartered aircraft manufacturer. While slightly smaller than the Airbus 380, the largest passenger jet in operation, it is still among the biggest specialist cargo planes in the world.