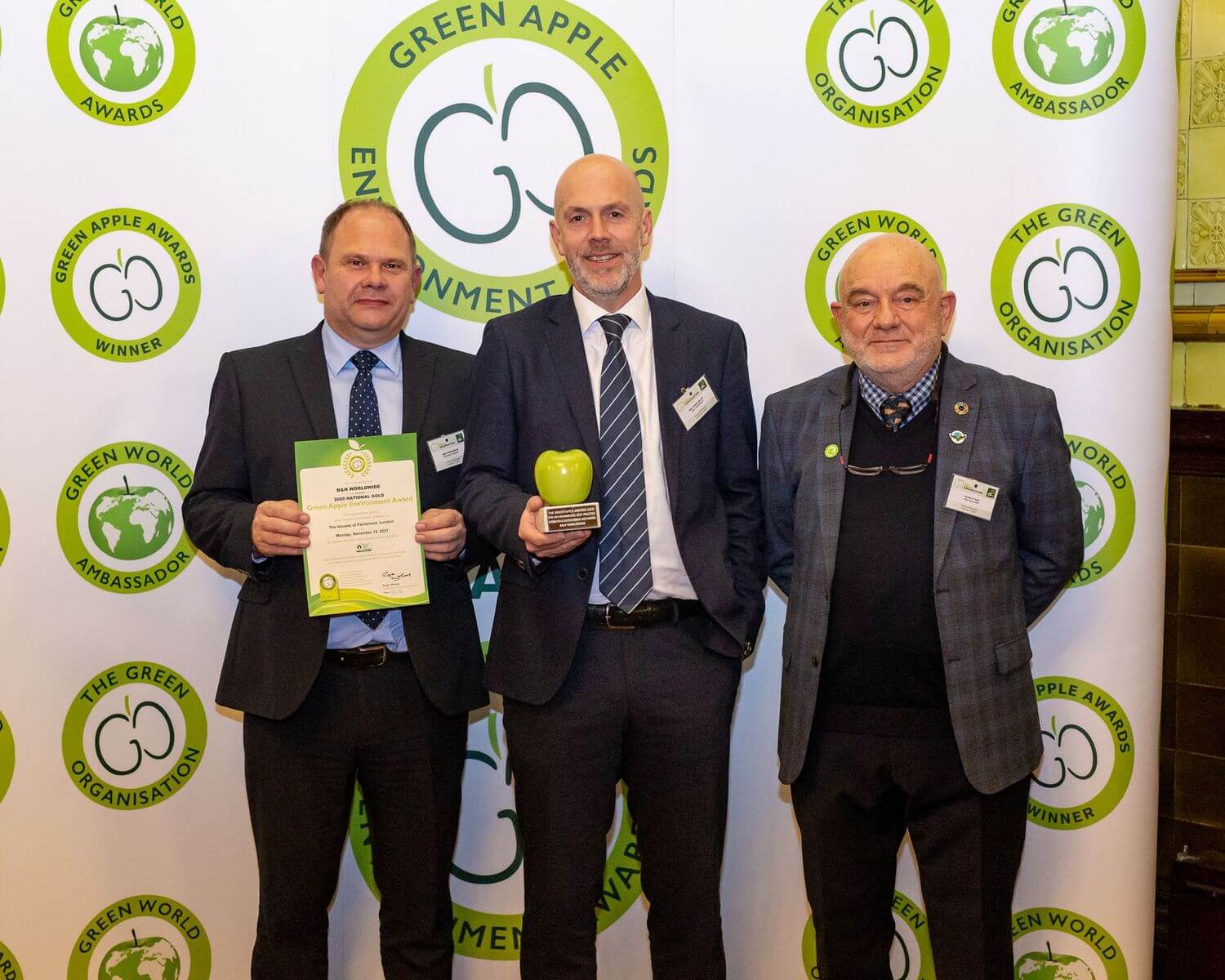 The first for its Carbon Reduction project, which was achieved in 2020 but the awards were postponed for 12 months due to the pandemic, and the second for adoption of electronic air waybills (eAWBs) for all airlines it works with.

The Green Apple Organisation is an independent, non-profit, non-political group that has been rewarding and promoting environmental best practice since 1994.

Its annual awards recognise those businesses that make a positive contribution to the environment through carbon friendly initiatives.

In the Distribution and Logistics category B&H Worldwide was rewarded for its efforts over two separate years to reduce its environmental impact across its global business.

The challenge was to reduce its overall carbon footprint through changing working practices in all its international stations and then educating team members, customers, and suppliers about why and how it was making changes.

It now operates a measurable, monitored environment and sustainability policy so that all stakeholders can see the year-on-year carbon reductions which have been made including changing the company’s IT infrastructure, installing LED lighting, introducing in-workplace recycling centres, transport routings and changing working practices.

Measurable results have included a 50% reduction in CO2 emissions at its London Heathrow head office since 2018 and an 82% reduction in paper usage by switching to a paperless purchase ledger.

In 2021, by adopting eAWBs when working with leading airlines B&H has been able to apply this policy not only to its UK head office but across its global network.

It has simultaneously enabled the company to minimise its overall paper load with current data showing it has reduced consumption by some 70% systemwide.

By April this year 82% of all AWBs were being sent electronically and by August this had risen to 95%. The aim is to achieve 100% in the coming year.

Says B&H Worldwide Group CEO, Stuart Allen: “The Green Apple Awards are something every company should aspire to.

“We all want to improve our environmental performance and encourage the efficient use of resources.

“Our team around the world has long recognised that while the industry we operate in has a large carbon footprint, we as a responsible company working within it must do our utmost to minimise our own impact within it.

“Two Green Apple Awards in two different years is a tremendous testament to the team’s achievements in doing that across all our locations”.