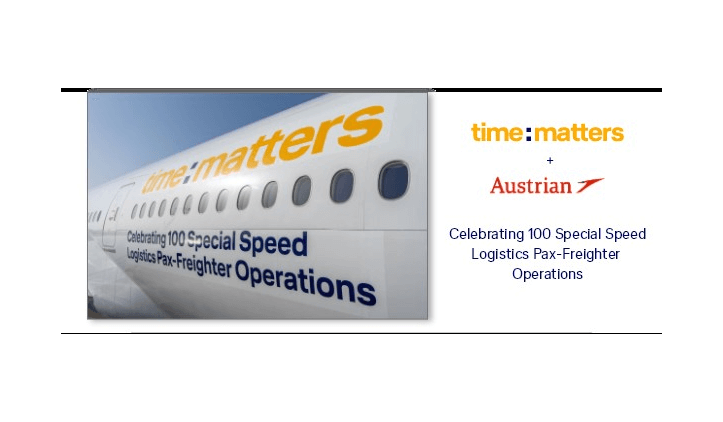 B777 (OE-LPA) takes off with special livery to commemorate the 100th flight
On the occasion of the 100th cargo flight jointly operated by Austrian Airlines and time:matters, the converted B777 cargo aircraft of the Austrian flag carrier was given a special livery over the last few days by the experts at Austrian Technik.

The tail section of the aircraft now displays the time:matters logo as well as lettering to point out the anniversary flight taking off today from Vienna and heading to Penang. The aircraft will return to Vienna again on February 28, 2021 carrying urgently needed relief supplies.