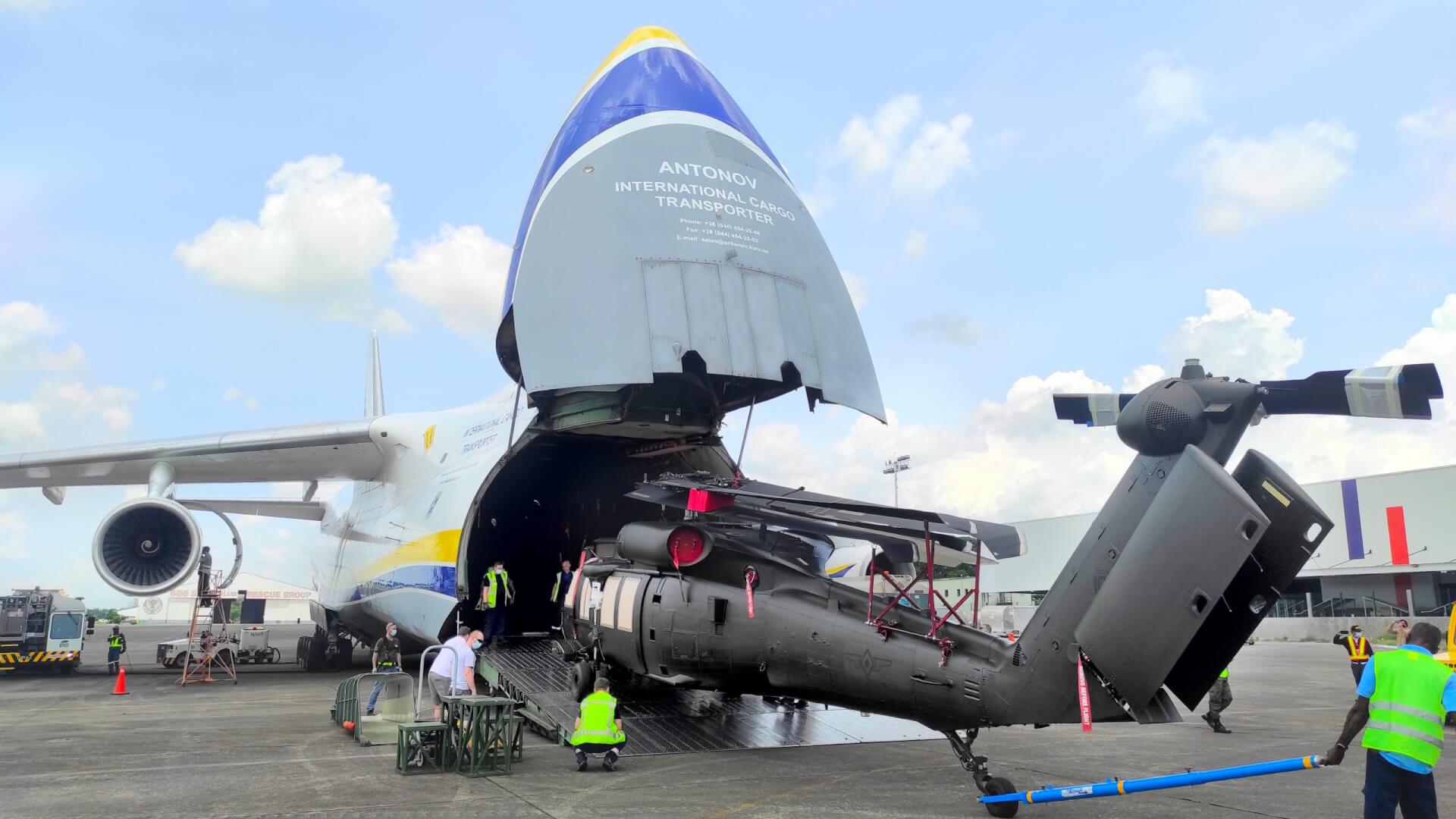 Antonov Airlines has safely transported five S-70i Black Hawk helicopters on a single AN-124-100 flight from Rzeszów, Poland, to Angeles, the Philippines.

The cargo weighed 35 tonnes in total, including loading equipment, and is the second delivery of the Polish-built S-70i Black Hawk helicopters to the Philippines.

“Although the total payload in terms of weight was quite light for our aircraft, loading five helicopters safely and transporting them without damage takes considerable collaboration,” said Amnon Ehrlich, Director North America, Aerospace, Government, and Defence Programs.

“We have been working closely with Sikorsky as well as their logistics supplier Helicopter International Shipping Services (HISS) for several months to ensure that all current and future program requirements are met”.

The first transport under the agreement was completed in November 2020 and was also for five S-70i Black Hawk helicopters, which were delivered to Clark Air Base, north of the Philippine capital, Manila.