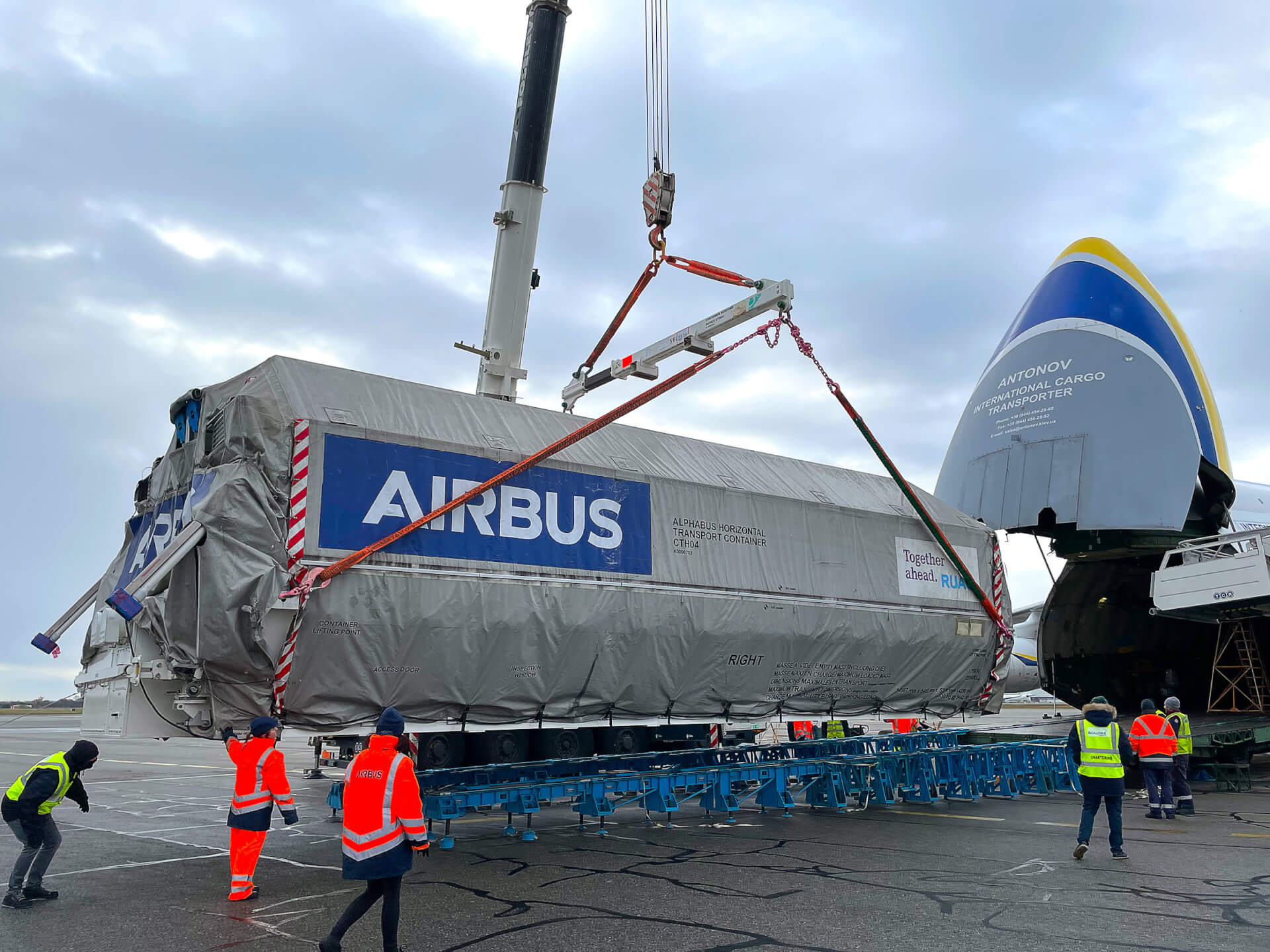 Antonov Airlines in cooperation with Bollore Logistics Space has transported Turkey’s new telecommunication satellite Turksat 5B on board one of its AN-124-100 aircraft from Toulouse, France, to Florida, USA, later launched by the US aerospace company SpaceX.

The cargo weighed a total of 60 tonnes including a special container measuring 14.69 m in length, 5.45 m in width, and 4.36 m in height, designed by Airbus Defence and Space specifically for moving these types of satellites on AN-124-100 aircraft.

“The expertise of the Antonov Airlines technical crew and engineers guarantees the smooth and efficient transport of this delicate and unique cargo,” said Sergii Bilozerov, Commercial Executive, Antonov Airlines.

“An external crane in conjunction with the onboard crane and winch of the AN-124-100 was used to load and unload the container, as well as special loading equipment designed and manufactured by Antonov’s in-house engineers.”

SpaceX launched the Turksat 5B satellite on 18th December from Cape Canaveral, USA on behalf of the nation of Turkey and it will be the most powerful satellite in use by Turkey that will increase communications band capacity and will serve Turkey and neighbouring countries for 35 years.