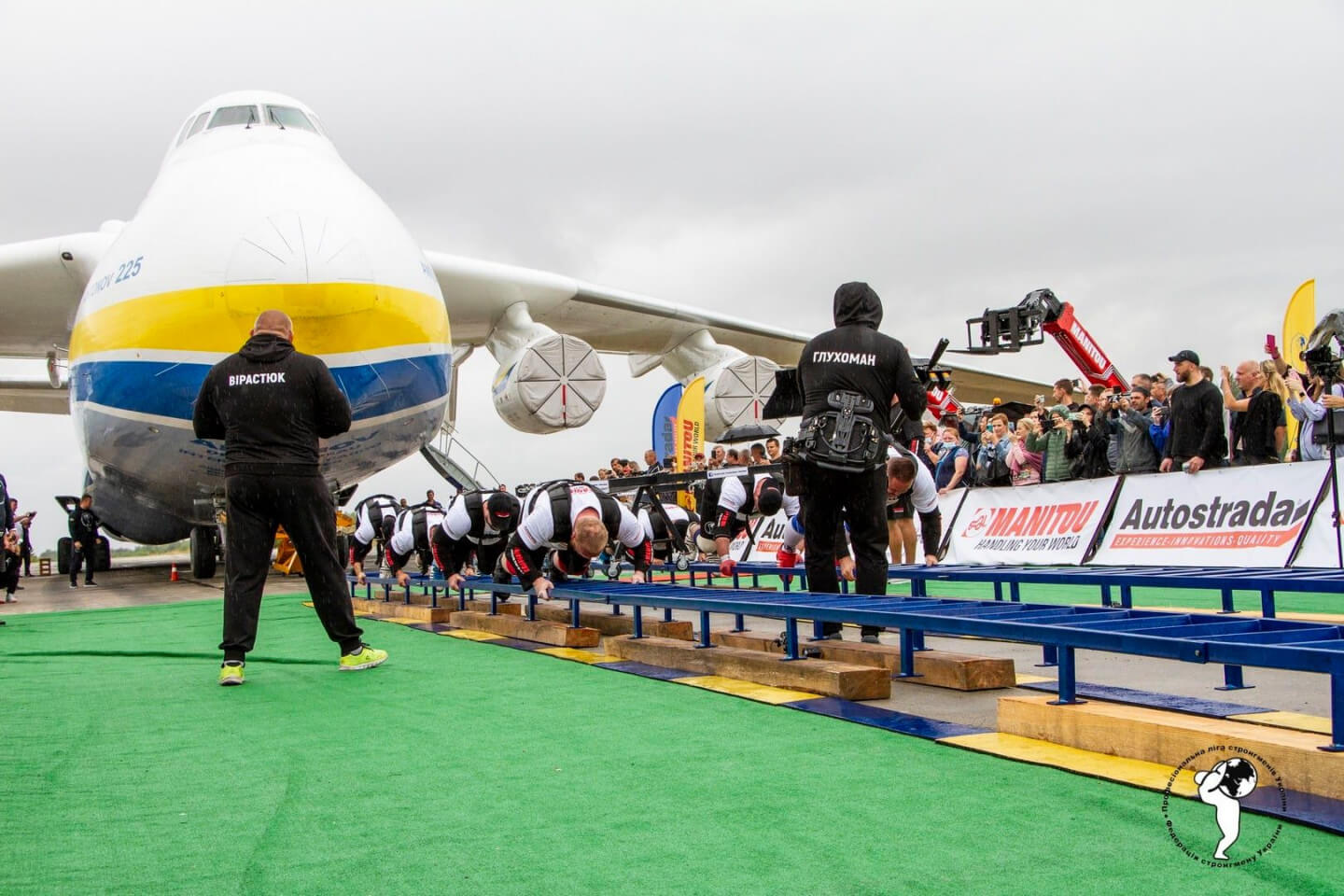 The weight of the AN-225 ‘Mriya’ aircraft including fuel was 328 tonnes on the day of the record.

The AN-225, the only one of its kind, was pulled by a group of eight Ukrainian strongman athletes to set a national record.

“The record was set at our Kyiv-Antonov home airfield by eight of the strongest athletes in Ukraine and was certified as a record-breaking move by representatives of the National Register of Records of the country,” said Andriy Blagovisniy, Commercial Director, Antonov Airlines.

“Even after more than 30 years of service, Mriya – which means dream – is still keeping her spot in setting both national and world records.”

In the same week the AN-225 Mriya joined other aircraft for a fly-by over the main streets of the Ukrainian capital Kyiv as part of Independence Day celebrations.

“The AN-225 flight over the centre of the capital was one of the  highlights of this event because Mriya is the pride of Ukraine and the largest plane in the world; she impressed everyone watching her demonstration flight,” said Dmytro Antonov, Antonov Airlines’ Chief Pilot and Captain, who flew the AN-255 on the day.