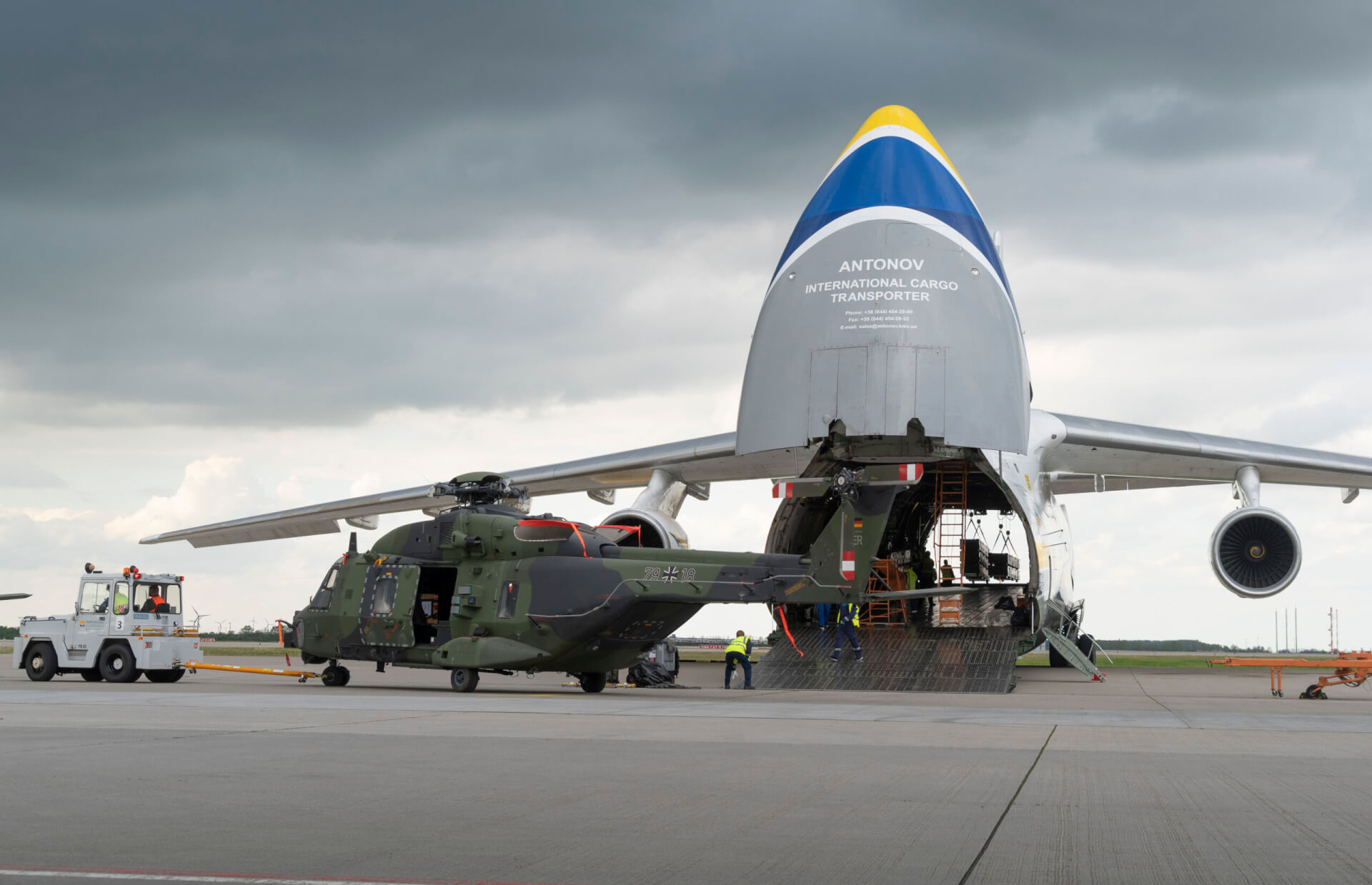 The German army is transporting its equipment back to Germany from its international mission in Afghanistan via Leipzig/Halle Airport.

The process started on Tuesday 18 May with two helicopters, which arrived on board an Antonov 124 cargo plane.

The freight aircraft are being unloaded by PortGround, a subsidiary of Mitteldeutsche Flughafen AG, which specialises in handling aircraft and cargo.

“Handling outsized cargo is one of our core skill areas. Whether this involves helicopters, machine parts, vehicles or underground train vehicles, all the customers at the airport benefit from our many years of experience,” says Alexander König, managing director of PortGround GmbH.

The transport aircraft is part of the fleet belonging to the Ukrainian airline, Antonov Airlines. Two Antonov 124-100 planes have already been permanently stationed at Leipzig/Halle as part of the SALIS project (Strategic Airlift International Solution) since March 2006.