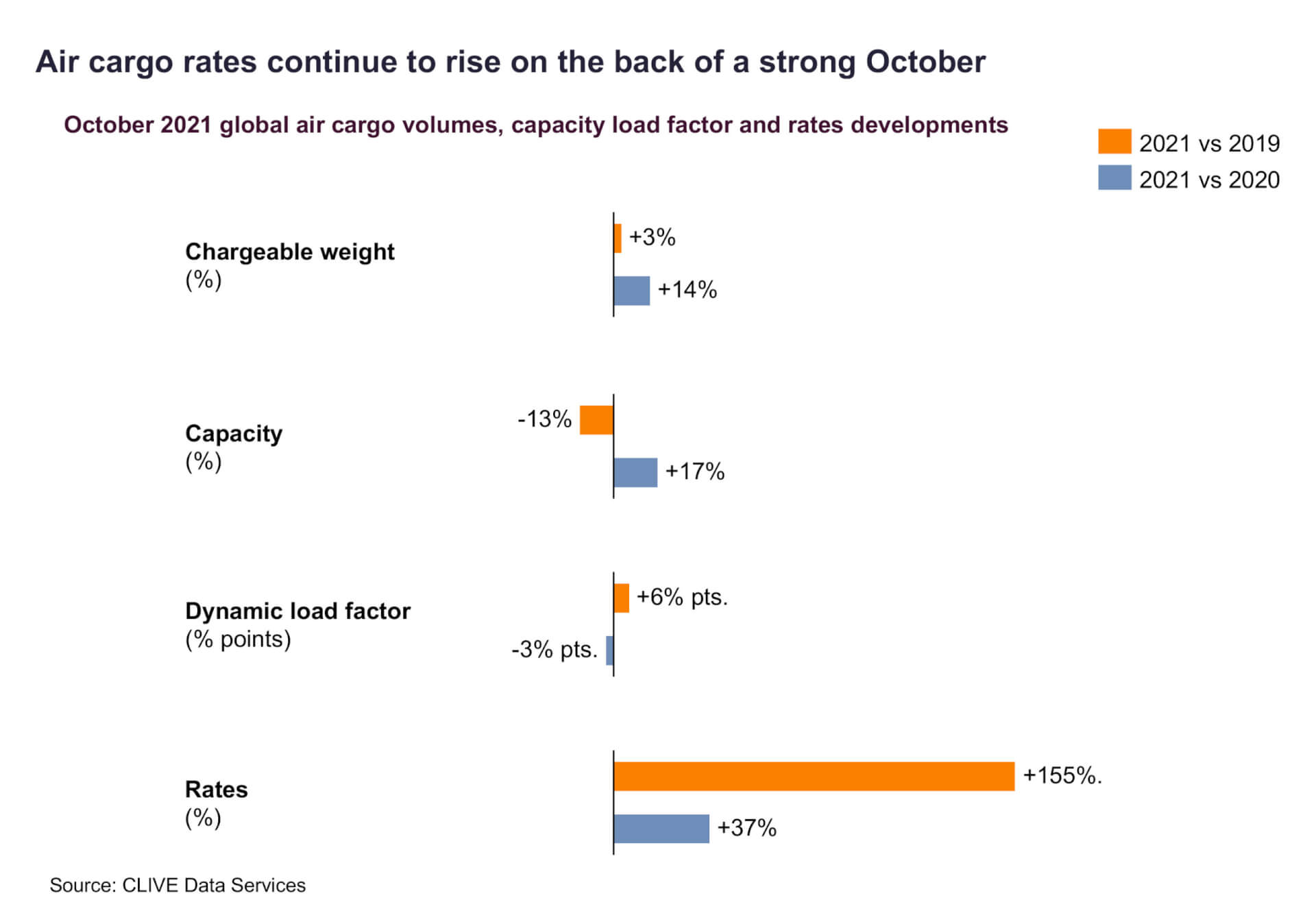 Shippers fearing a lack of peak season inventory saw air cargo rates soar again in October, despite no clear signs of a surge in peak season demand for capacity, according to the latest market performance data from industry analysts, CLIVE Data Services.

As in previous months, CLIVE’s latest market intelligence reports air cargo market performance to pre-covid 2019 levels, as well as 2020 year-over-year comparisons, to provide meaningful analyses of the current conditions. Demand for chargeable weight in October 2021 rose 3% over the same month of 2019 and was +14% higher than last year but CLIVE’s ‘dynamic loadfactor’ indicator – which measures both the volume and weight perspectives of cargo flown and capacity available to produce a true indicator of airline performance – remained lower than had been expected at 68%.

Load factors out of APAC Westbound in October 2021 stood at 91%, while Eastbound also produced a strong 89%. Some mid-tier markets in Asia, such as Vietnam and Malaysia, showed the highest Spot rates – between 9-10 USD per kg for Spot shipments into Europe. In comparison, Hong Kong, in the last week of October, was close to 7 USD per kg.

“With loadfactors up 2% pts versus September, you can see the build up to the peak season but, admittedly, demand is not yet as high as some stakeholders had feared (or hoped). Capacity on a like-for-like basis (compared to September 2021) was more or less flat (+1%) and, combined with a load factor of 68%, this does not seem to indicate the final sprint to the end of the year has started,” said Niall van de Wouw, CLIVE’s Managing Director. “October was a steady month in the market overall with some strong seasonality factors, but the dynamic loadfactor was lower than anticipated given the strong week-over-week increases we reported in September. A global dynamic loadfactor of 68% does show how efficiently the market is currently operating in terms of matching supply and demand.”