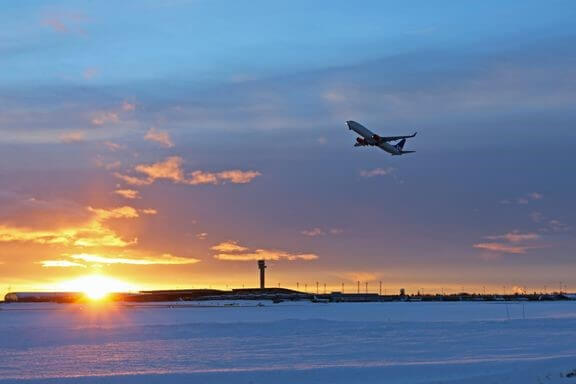 “With the global air cargo industry heavily influenced by Covid-19, we are very pleased by the fact that our airline partners have prioritized online cargo capacity from Norway and Oslo Airport. Especially in a time with severe global shortage of air freight capacity. This is primarily because of a high demand for Norwegian seafood, combined with a significant increase of medical protection wear flown to Norway. In addition, we have seen a strong increase in e-commerce. The increased rate level of air cargo has contributed to more airlines using passenger aircrafts as dedicated freighters, so called “preighters” to and from Oslo Airport,” says Director of Cargo at Avinor, Martin Langaas.

70 flights a week of Norwegian seafood

In total, more than 110,000 tons of seafood were flown from Oslo Airport to major markets around the world, with Japan, South-Korea and the United States being the largest export markets.

“As a consequence of reduced air cargo capacity in the rest of Europe, we have seen a higher commitment to uplift from Norway from the Norwegian Seafood industry. Because of this, we have seen yet another record year for seafood export by air, despite the Covid-19 crisis.

At most, we have had over 70 weekly flights carrying fresh Norwegian seafood from Oslo Airport to Asia and Africa”, says Langaas.

Norway is in a unique position
The total volume of air cargo at the country’s main airport has decreased marginally as a result of less domestic mail flown and reduced domestic traffic, but far less than other airports in the region.

“Norway is in a unique position because we have a stable export commodity in high demand with Norwegian seafood as an air cargo commodity. This is attractive to airlines, utilizing the imbalance of trade flows between Asia and Europe to fill fresh seafood on their return flights back to Asia. For example, Qatar Airways has opened another seafood route from Norway by adding another stop at Avinor Evenes Airport on its return to Doha from Europe”, Langaas says.

Avinor has improved air freight capacity
“There is a saying that “no one is in more of a rush than a dead salmon”. For the seafood industry, time efficient transport to Norway’s largest export marketsrepresents a significant competitive advantage”, Langaas explains.