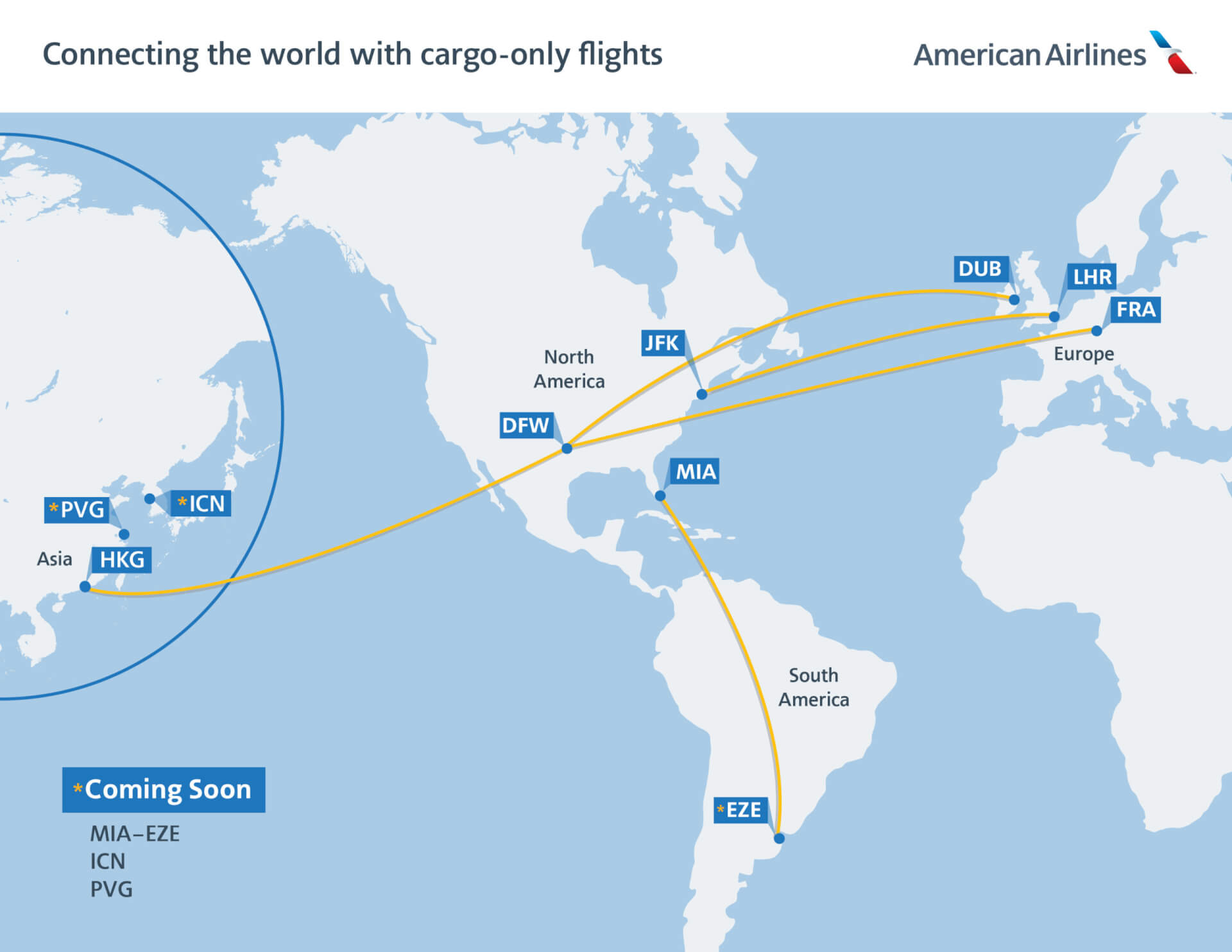 American Airlines is expanding its cargo-only operation this month to provide more than 5.5 million pounds of capacity to transport critical goods each week between the U.S. and Europe, Asia and Latin America.

These flights will help transport life-saving medical supplies and materials to the U.S., including personal protective equipment and pharmaceuticals. Other essential goods will include manufacturing and automotive equipment, fresh fruits and vegetables, fish, mail, and electronics.

“The air cargo industry plays a critical role in pulling the world together in times of crisis, and it takes all of us to get the job done,” said Rick Elieson, President of Cargo and Vice President of International Operations.

“With the expansion of American’s cargo-only flights, we have more capacity to bring critical medical supplies and protective gear to the areas that need it most. We also play a key role in transporting essential goods to keep the world’s economy moving. I take immense pride in all the ways our airline and our industry are responding to make a difference when the world needs us most.”

In the coming week, American will expand its cargo-only service to multiple destinations with the addition of flights from DFW to Dublin (DUB) and Hong Kong (HKG); between New York (JFK) and London Heathrow (LHR); and between Miami (MIA) and Buenos Aires (EZE). The airline is also working toward adding cargo-only service to Shanghai (PVG) and Seoul (ICN) by the end of the month.