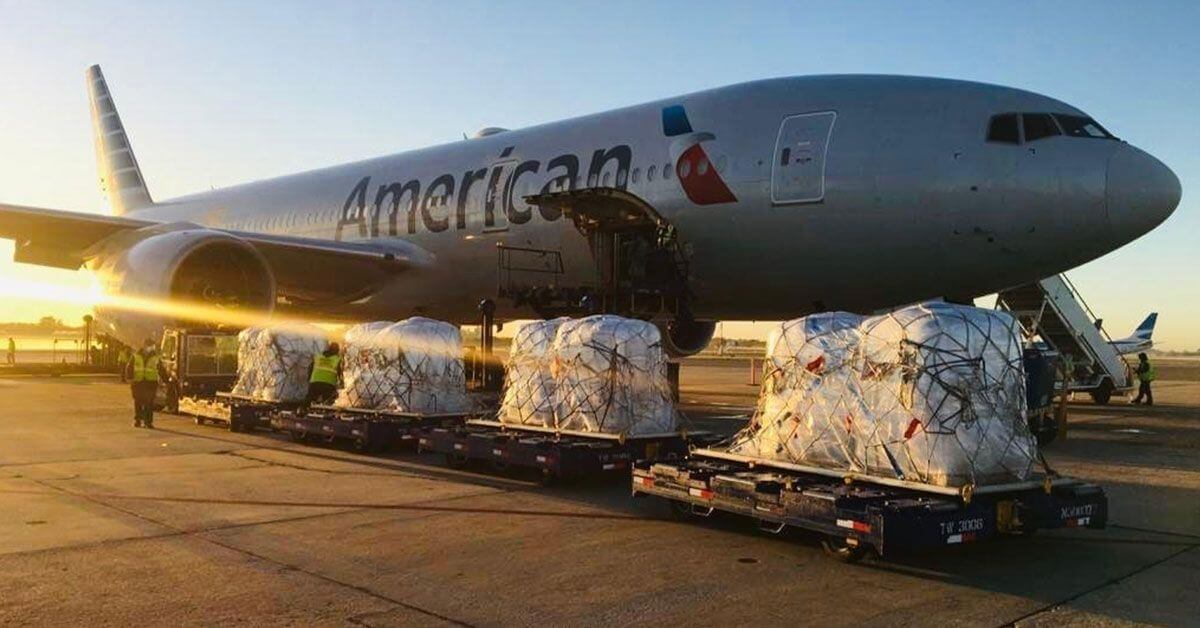 While economies around the world pause in the face of the coronavirus (COVID-19) pandemic, farmers haven’t stopped. Spring is planting season for soybean and corn crops in America’s heartland, and these seeds are a top commodity shipped aboard flights from Argentina to the United States.

Although passenger flights aren’t currently operating between the two countries, the seeds are traveling on one of American’s cargo-only routes from Buenos Aires (EZE) to Miami (MIA). The flight on April 16 broke American’s all-time record for freight volume, moving 115,349 pounds (or 52,321 kilograms) of soybean seeds on a Boeing 777-300 — the equivalent weight to 76 cows or 20,900 chickens.

The season for shipping soybean and corn seeds runs from March to May each year, with seeds bound for the Midwest. American has been part of this seasonal shipping cycle for more than a decade and has shipped more than 290 tons of seeds in the past few weeks alone. Last week’s record shipment arrived just as the U.S. government announced the Coronavirus Food Assistance Program, a $19 billion initiative aimed at supporting farmers and ranchers.

American’s role doesn’t stop once the seeds are planted. After the northern hemisphere’s harvest each year, seeds from the grown plants are shipped back to Argentina to wait for the next growing season in the warmth of the southern hemisphere. This proprietary process improves planting yield by up to 40 %.

“We are proud to be a part of this important cycle that supports local farming and provides vital food and fuel for the global economy. Transporting record-breaking volume in the process is just icing on the cake,” said Lorena Sandoval, Director of Cargo Sales for Mexico, the Caribbean and Latin America. “With reduced flight schedules due to COVID-19, it’s more important than ever to maximize every inch of available cargo space. We’re here to support the world’s food supply, no matter what we face.”

American has expanded its cargo-only schedule to 46 weekly flights, offering more than 6.5 million pounds of capacity to transport critical goods each week between the United States and Europe, Asia and Latin America.

The airline will continue to add to the number of cargo-only routes in the upcoming weeks, almost doubling its current weekly schedule. In addition to seeds, American continues to fly life-saving medical supplies and materials to the United States, including personal protective equipment and pharmaceuticals.