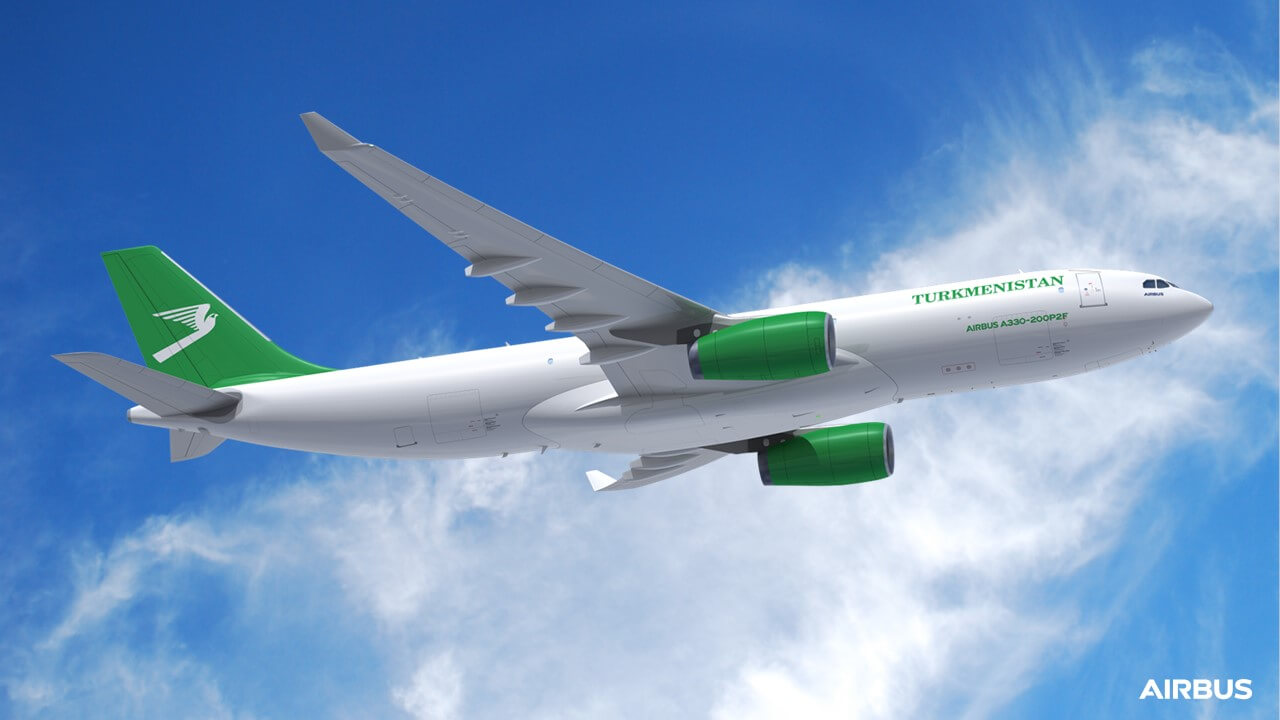 Turkmenistan Airlines has placed an order for two A330-200 Passenger-to-Freighter (P2F) converted aircraft, becoming a new Airbus customer. The order marks the first time an Airbus aircraft is sold in Turkmenistan. The A330-200P2F will enable the airline to further develop and boost its international cargo route network. The deliveries of the aircraft are planned in 2022, making Turkmenistan Airlines the first operator of this type in Central Asia.

The A330 passenger to freighter conversion programme was launched in 2012 resulting in the in time re-delivery of the A330P2F prototype end of 2017. The A330P2F programme is a collaboration between ST Engineering Aerospace, Airbus and their joint venture Elbe Flugzeugwerke GmbH (EFW).