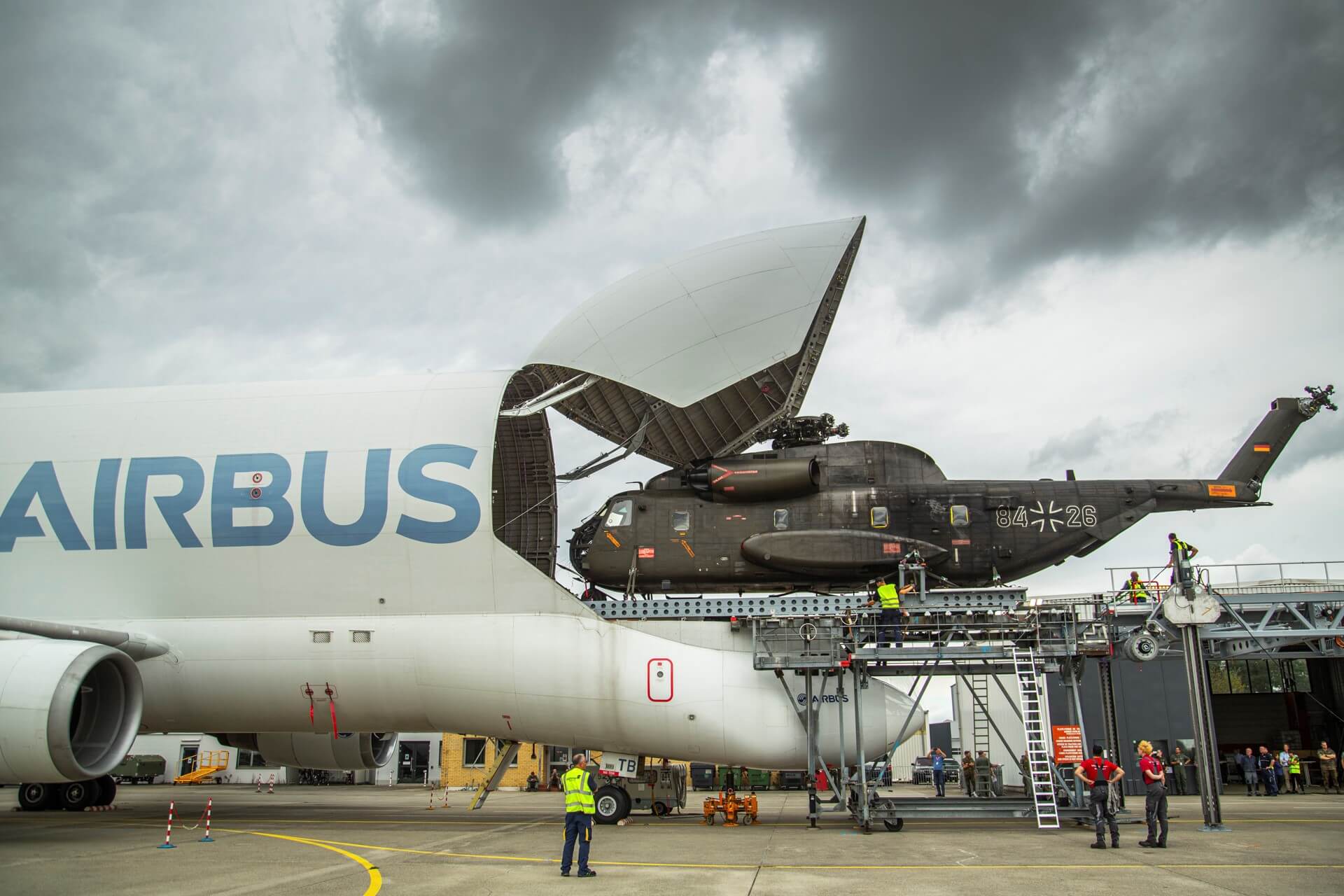 Airbus Defence and Space has developed and tested a loading system to lift outsized military cargo into the Airbus Beluga A300-600ST aircraft.

The capability was successfully tested during a verification exercise with the German armed forces, the system’s first customer, by loading a CH53 military medium-lift helicopter into the Beluga.

“The demand for outsized air cargo capability is on the rise. Capacity is scarce and, in light of current geopolitical developments, many customers are looking for new, fast and efficient solutions,” said Michael Schoellhorn, CEO of Airbus Defence and Space.

“This is exactly what we offer with our BelugaST fleet.

“Our teams have been working on a remarkable solution to facilitate a speedy, efficient and autonomous handling to load heavy military cargo onto the aircraft. Speed, agility and autonomy are crucial elements for our customers when it comes to such operations.”

The new self-funded cargo loading system and jig, developed by engineers at Airbus Defence and Space, have now been unveiled to customer representatives from international armed forces following the verification event in Manching, north of Munich.

The system was developed and manufactured from scratch in 1.5 years – from the initial exchange of ideas with the German customer to its verification, which is still subject to final confirmation by the Bundeswehr in the coming weeks.

The system enables arrangements for the loading of a CH53 in a reduced state of dismantling to be completed within less than 1.5 hours while the actual loading process into the Beluga aircraft can be accomplished in about an hour.

The total lifting capacity of the system, which requires no crane for its use, reaches 35 tonnes and can be relocated to the aircraft’s destination.