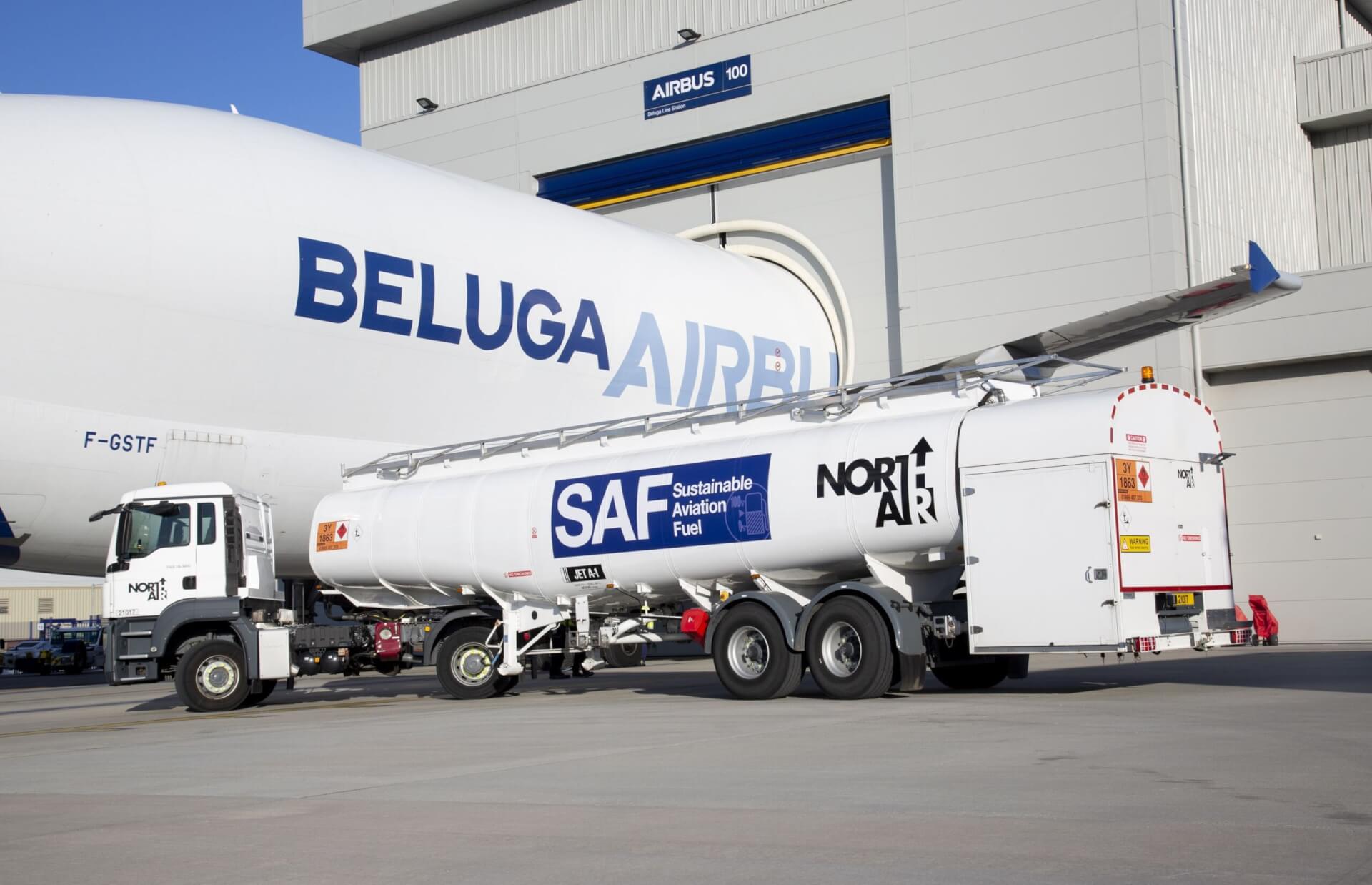 Airbus has taken another step towards reducing its carbon footprint with the maiden flight of a Beluga super-transporter using sustainable aviation fuel (SAF).

The flight was made from the aerospace company’s Broughton plant in Wales, where the Beluga fleet is used to transport aircraft wings to Toulouse, Hamburg and Bremen.

In doing so, the north Wales line station became the second Airbus European site to use SAF, after Hamburg introduced the fuel to its cargo activities at the end of 2019.

“Combined with our ongoing research into the potential for 100% SAF in commercial flights, reducing fossil-fuels in our own operations underlines Airbus’ commitment to lessening the impact of our manufacturing footprint and contributing towards a more sustainable future for the aviation sector more generally.”

SAFs are currently certified by regulators for up to 50 per cent use in commercial flights; the Beluga fleet operating from Broughton will initially be loaded with a 35 per cent blend of non-fossil derived fuel, set to reduce CO2 emissions by more than 400 tonnes over the next three months.

The SAF used by the Beluga fleet is made from used sustainable feedstocks, such as cooking oil, and supplied to Airbus in Broughton and Hamburg by Air bp.