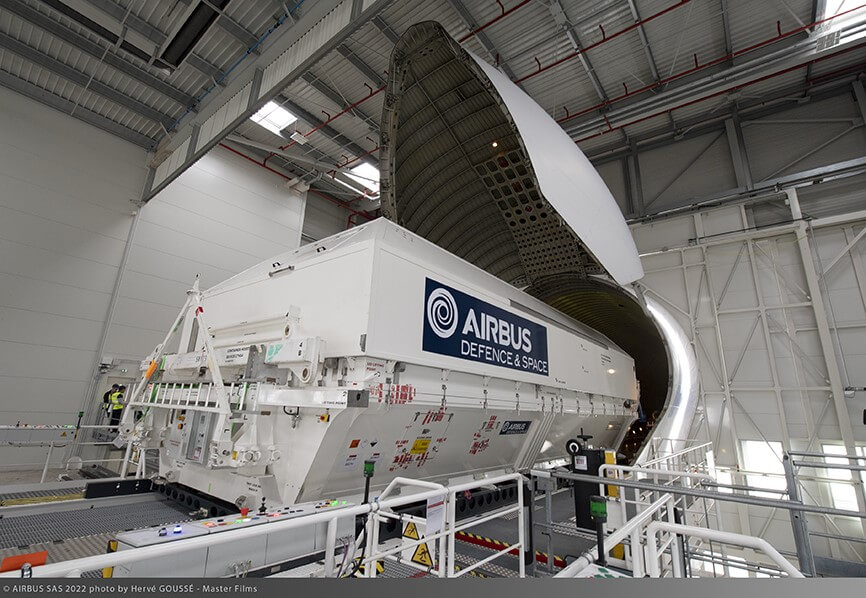 A special aircraft landed at the Kennedy Space Center at Cape Canaveral in Florida this weekend: the Airbus BelugaST (A300-600ST).

It delivered the Airbus-built HOTBIRD 13G satellite for Eutelsat. This happened a few hours after its twin, HOTBIRD 13F, was successfully launched by a SpaceX Falcon 9 rocket.

The spacecraft are the first members of the new “Eurostar Neo” family of Airbus telecommunications satellites, based on a next-generation platform and technologies developed with the support of the European Space Agency (ESA), and others, including the Centre National d’Etudes Spatiales (CNES) and the UK Space Agency (UKSA).

This milestone also marks the first time since 2009 that the Beluga has visited the USA – when it transported the International Space Station European module “Tranquility”. For this latest mission, the Beluga used 30 % Sustainable Aviation Fuel (SAF) for its departure flight from Toulouse – reflecting Airbus’ decarbonisation ambitions.
“It is a true honour to consecutively showcase two satellites for our customer Eutelsat: two pieces of European technology at the iconic Kennedy Space Center,” said Jean-Marc Nasr, Head of Space Systems at Airbus.

“The ability of Airbus to field an autonomous European solution is underscored by the transportation of our satellites in the unique Beluga aircraft – a true example of pan-Airbus synergies!”

Once they reach their orbital position, these two satellites, with more efficient power and thermal control systems than their predecessors, will be able to broadcast more than 1,000 television channels across Europe, Northern Africa and the Middle East.

They will also enhance Eutelsat’s ability to provide connectivity for more than 135 million people, as they replace three Eutelsat satellites currently in orbit.