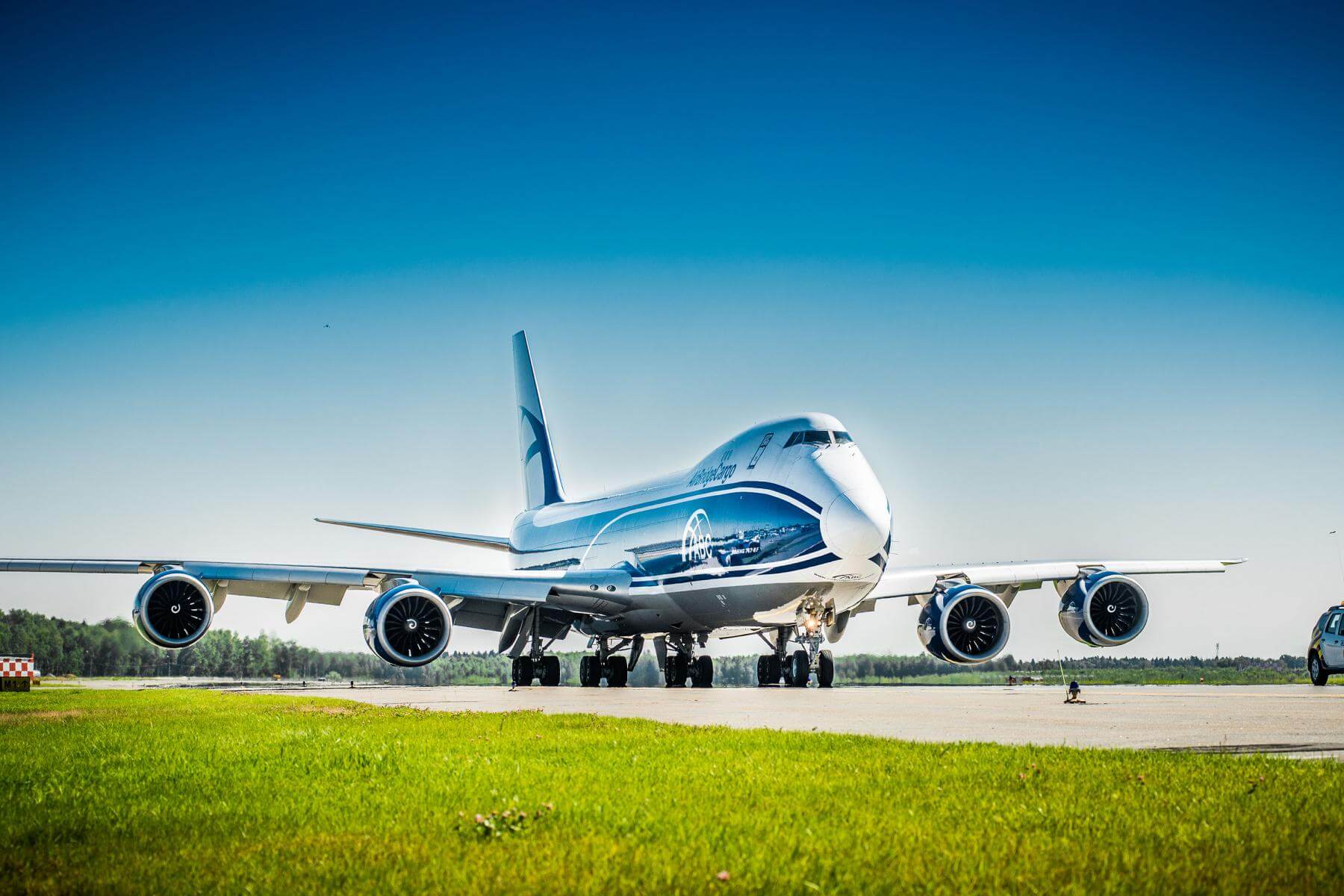 AirBridgeCargo Airlines (ABC), one of the market leaders in the transportation of oversized and heavy shipments, has successfully completed  transportation validation of the world’s largest jet engine, the GE9x, on Boeing 747-8 Freighter.

The GE9X engine is a newly developed by GE Aviation that powers the Boeing 777X airplane, which first flew in early 2020. The propulsor core of the engine with the height of 2.85 cm and weight of 11,545 kg was loaded in Chicago, IL together with  GE representatives.

The engine arrived at 9:00 am LT for first inspection for on-truck fixation. Both ABC and GE teams strategized on positioning the engine onboard and attaching it with the aircraft’s structures, using 20FT pallets, cranes and other equipment. Moving the GE9X engine from delivery truck to a pallet took 30 minutes.

The ABC  team managed to load the engine through the side cargo door on board within 7 minutes due to arrangements at the early stages of planning. When loaded all clearances were measured for further processing and including into transportation manual. Off-loading took less than another ten minutes.

“It was a great pleasure working with AirBridgeCargo on the 747F transportation validation. Our teams learned much through this process, and the AirBridgeCargo team was highly competent in their efforts, This is a great step forward for the GE9X entry in service readiness effort,”” says Jin Suzuki, GE Aviation GE9X Product Support Engineer.(to be added from GE)

“We are proud to be a part of the GE9x transportation manual development. We appreciate  the vote of confidence and look forward to supporting GE further,” Fedor Novikov deputy general Director of AirbridgeCargo added.