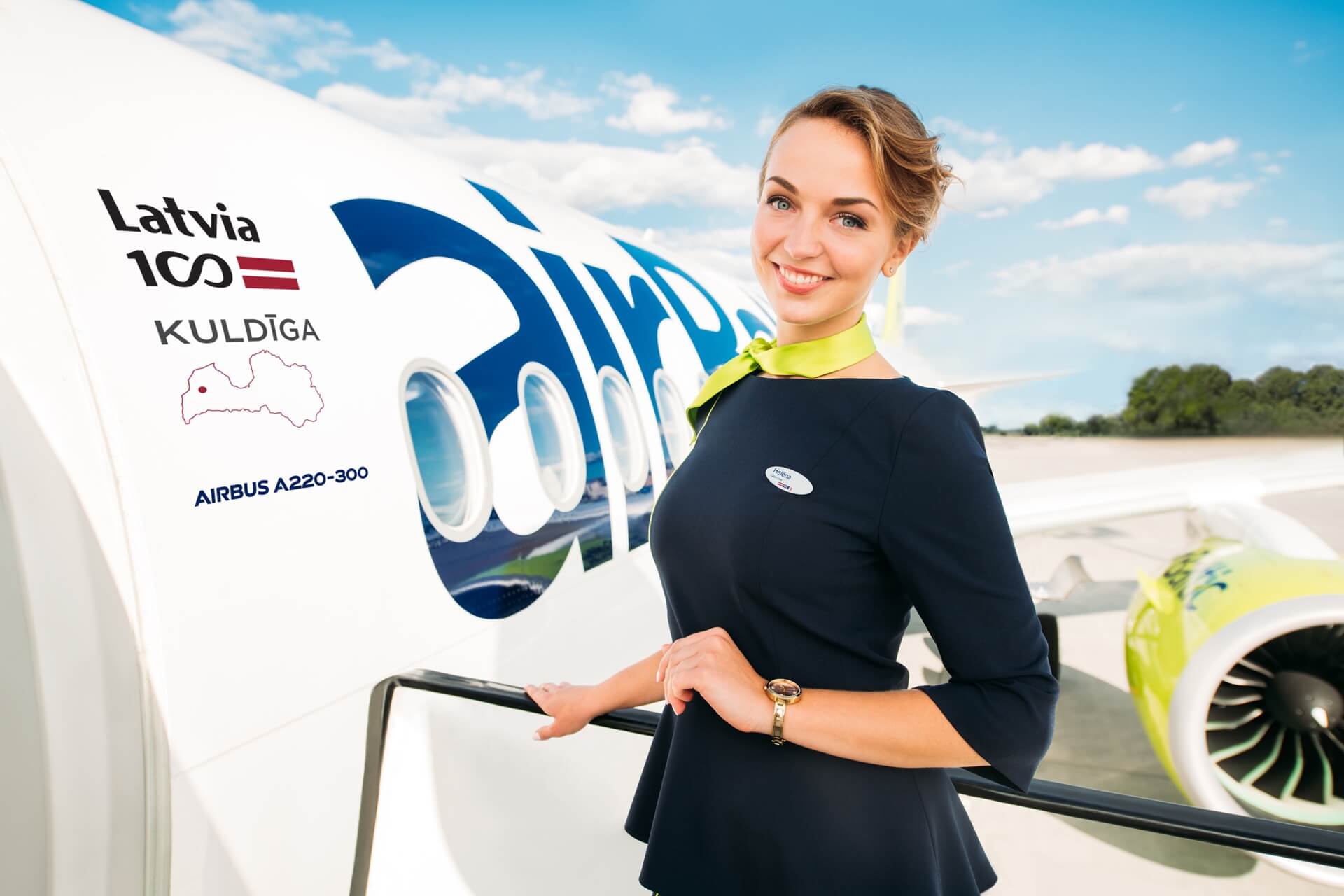 The airline has issued limited collector NFTs, showcasing an individual Airbus A220-300 with its registration as well as a piece of art of Kuldīga, one of the most beloved Latvian cities.

In honour of Latvia’s centenary, in 2018, airBaltic invited everyone to vote on their favourite towns and cities in Latvia, after which the company’s Airbus A220-300 fleet was named.

Starting with Kuldīga, these cities will now one by one be represented on the digital art pieces issued by airBaltic.

airBaltic is well known as the airline for innovation among global carriers.

In 2014, airBaltic became the world’s first airline to accept Bitcoin payments for its flight tickets. Now, in cooperation with service provider BitPay, airBaltic accepts also other cryptocurrencies like Bitcoin Cash, Ether and Dogecoin among others for bookings made on its website.