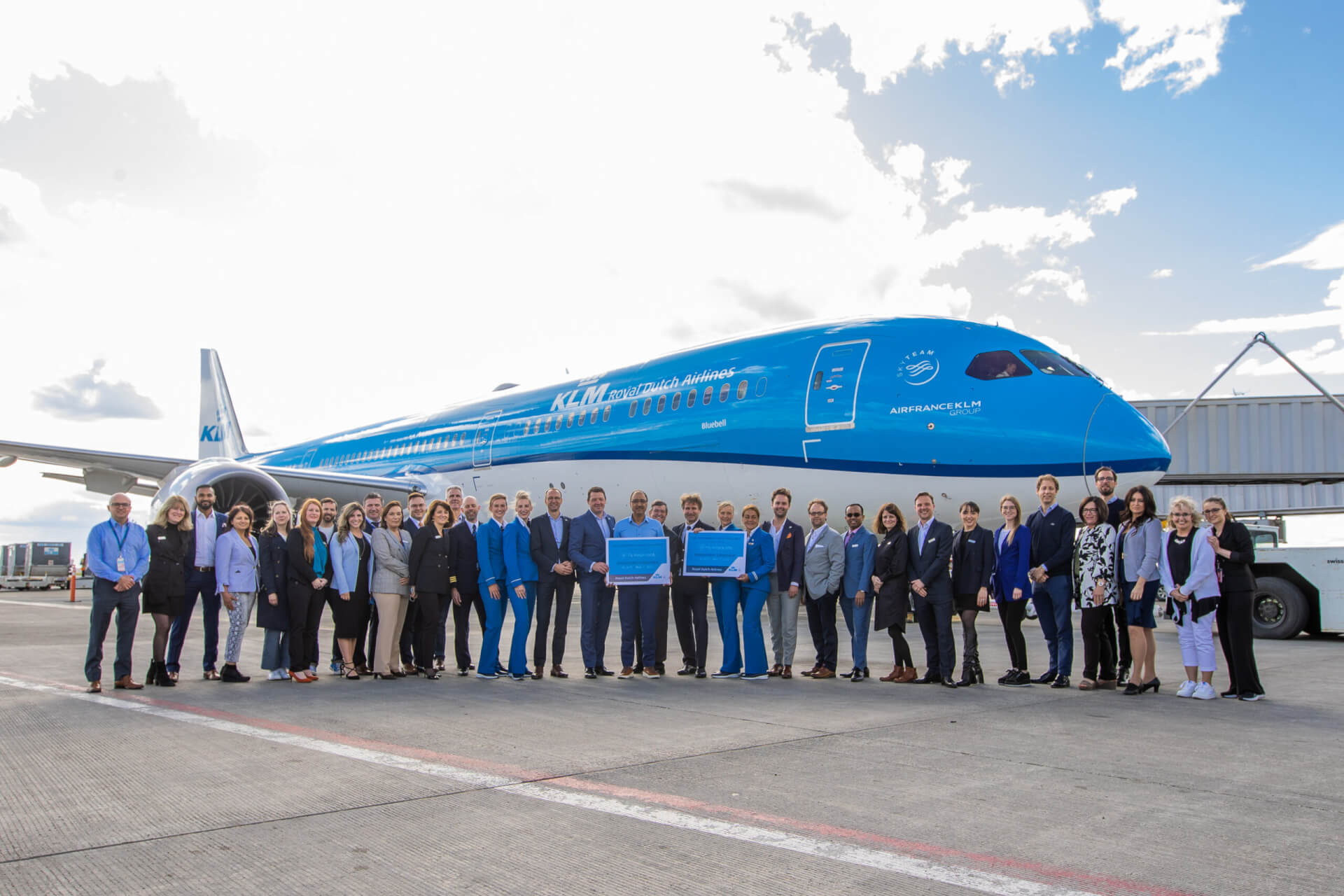 With sustainability becoming an increasingly pressing issue, Air France and KLM have recognised that genuine change will only happen if the entire aviation ecosystem works together to transform our industry.

Organised under SkyTeam’s Alliance Umbrella, 17 of the 19 affiliated SkyTeam airlines and their partners joined forces to operate the most sustainable flight possible.

As a collective knowledge-generating exercise, the Sustainable Flight Challenge acknowledged the environmental impact of our operations and recognised that we need to collaborate, rather than compete.

Inspired by Great Air Race – the pioneering long-distance flight from London to Melbourne in 1934 – the Sustainable Flight Challenge marked a fresh attempt to show that sustainable air travel is possible.

The participating airlines made every effort to reduce their carbon footprint, including 100% paperless handling, lightweight pallets, new electric transporters and Sustainable Aviation Fuel, which reduces lifecycle CO2 emissions by 75%.

Air France kicked off the challenge on 3 May, operating an A350 from Charles de Gaulle Airport in France to Montréal-Pierre Elliott Trudeau International Airport in Canada.

KLM’s flight on 7 May, a Boeing 787-10 Dreamliner, travelled from Amsterdam, the Netherlands to Edmonton, Canada. Both of these models are the latest generation of long-haul aircraft, with lighter engines, better fuel efficiency and lower carbon emissions.

KLM partnered with Edmonton International Airport (EIA) for the challenge.

EIA is aiming to be the first airport in North America to go beyond net-zero standards and actually remove carbon emissions from the atmosphere. EIA’s Airport City Sustainability Campus makes it a global leader in environmental innovations and ESG initiatives.

Air France and KLM also got their customers involved in the challenge by encouraging them to consider their own environmental impact during their journey, for example by taking electric transport to and from the airport and using electronic air waybills (e-AWB) to reduce paper consumption.

“The great thing about this challenge is that we’re all demonstrating that flying can be more sustainable if we do our utmost,” noted GertJan Roelands, SVP Sales & Distribution at Air France KLM Martinair Cargo.

“By uniting efforts across the sectors that support aviation, we can catalyse, accelerate and transform the industry and meet climate goals”.