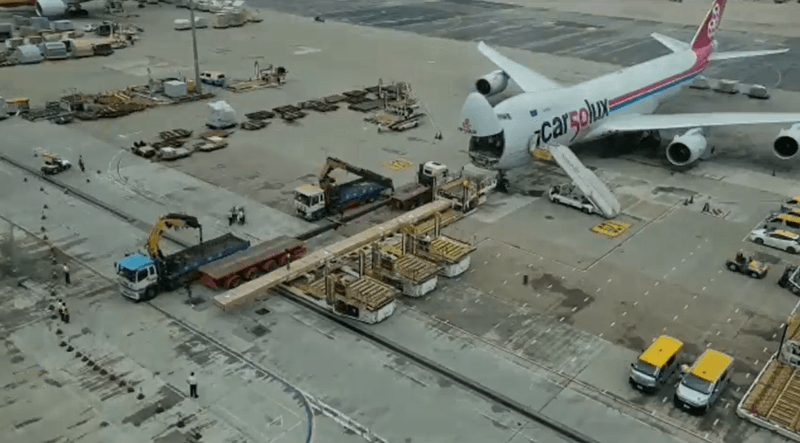 ACS Logistics, project cargo network members from Austria, recently handled an awkward piece of cargo which was transported by air to Hong Kong.

The commodity involved was a 27 meter-long railway track and occupied 9 pallet positions!

The route map planning saw the cargo travelling from Linz, Austria to Luxembourg Airport (800km) via extendable truck with an escort vehicle.

“It then travelled from Luxembourg to Hong Kong with the airline Cargolux in a Boeing 747-8.

After landing in Hong Kong, the railway track was moved to its destination on a jobsite in Hong Kong city by an extendable truck and an escort.