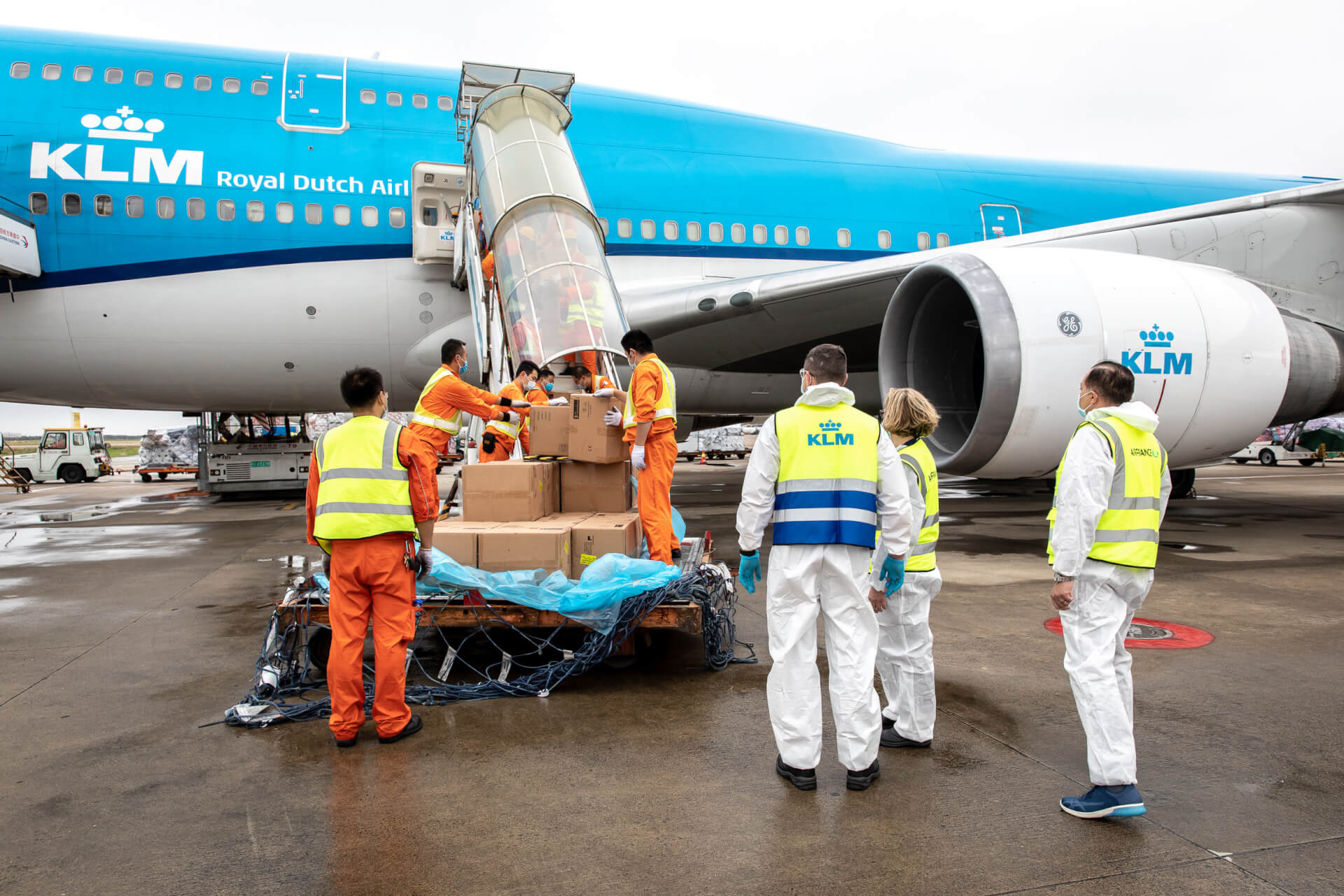 In recent months, more than 150 KLM employees have worked incredibly hard on the Cargo-in-Cabin concept. KLM has deployed this innovative, forward-looking cargo concept to transport more than 85 million face masks in the fight against Covid-19.

Last Thursday, the 100th Cargo-in-Cabin flight departed for Shanghai, accompanied by Pieter Elbers, KLM President and CEO. The aircraft deployed is one of three Boeing 747 Combi aircraft taken into operation to establish an air bridge with China, which is of enormous strategic importance to the Netherlands.

What may have been inconceivable at the start of the year is now a reality. The first Cargo-in-Cabin flight took to the skies at the end of April. Extra space is created based on this innovative cargo carrying concept. What now fits into the cabin corresponds roughly with six large pallets – roughly 40% of the aircraft’s total cargo capacity. The extra space is being used to carry additional medical supplies to the Netherlands.